Smoking, even socially, is linked to an increased risk of brain bleeding, according to a new study reported in the journal Stroke. That seems to be especially true for women, who are known to have a higher risk for brain bleeding than men.

The study involved data from 65,521 people in Finland who answered survey questions for an average of 45 years. Researchers found that men and women who smoked had nearly three times higher risk for brain bleeds—where blood seeps through the lining between the surface of the brain and the tissue underneath—than people who never smoked. The risk even applied to social smokers, and it increased steadily from light to heavy smoking. Women seemed to be especially affected. Women who smoked showed a nearly 3.5-times higher risk of such bleeding, while men had a 2.2-times greater risk. Even women smoking one to 10 cigarettes a day had a nearly three times higher risk of brain bleeding whereas men smoking a similar amount had a nearly two-times higher risk.

Why are the brains of women more vulnerable to the effects of smoking? The researchers say that smoking can lower estrogen levels, and that can lead to inflammation and other processes that cause blood vessels to degrade and eventually bleed out. Smoking causes women to enter menopause earlier, and that leads to drops in estrogen that could also explain the stronger connection between brain harm and smoking.

The good news is that the risk is avoidable and reversible. In the study, people who quit smoking gradually reduced their risk, so former smokers—those who had quit for more than six months—had low rates of brain bleeding similar to those of non-smokers.

The researchers do acknowledge, however, that, they couldn’t account for all of the other factors that might explain the connection. They couldn’t assess how much alcohol people in the study drank, and they also did not have information on whether the men and women had high blood pressure or high cholesterol, and whether they took medications to control them.

Still, the findings suggest that smoking may be playing a role in contributing to brain bleeding, especially in women, and that people who smoke in any amount should be aware of the heightened danger. 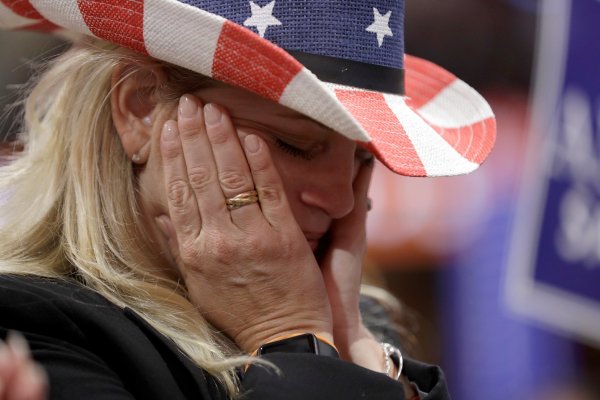 California GOP Staffers Are Isolating Themselves After Norovirus Outbreak
Next Up: Editor's Pick