Brooklyn-based Nick Johnson, who happens to be a friend of mine, has publicly declared himself to be the first Pokémon Go player to catch all of the 142 Pokémon that we know are currently available in the United States.

(Per the original video games that Pokémon Go is based on, there are 151 total monsters. We know that there are 142 pokémon you can catch in the United States, plus three more exclusive to certain international regions, but nobody can account for the whereabouts of the other 6.)

Business Insider: The CEO behind ‘Pokémon Go’ explains why it’s become such a phenomenon

Johnson’s journey to Pokémon mastery took a lot of doing and some long nights, he tells Business Insider, but it was worth it to fulfill his childhood dream of catching ’em all.

On Reddit, Johnson’s announcement that he completed his collection as much as possible raised eyebrows: commenters accused him of cheating or otherwise faking his accomplishment. But, speaking personally, I’ve gotten enough late-night Facebook messages boasting of a new Pokémon capture to vouch for his dedication and thoroughness.

Johnson, the Head of Platform with startup Applico and a recently-published author, doesn’t have a lot of time to play during the day. So, right after leaving work around 6 or 6:30, Johnson tells Business Insider, he would start walking around Manhattan and Brooklyn in search of Pokémon.

Those treks could last for eight hours at a time, Johnson says, walking until he had to come home and pass out. His iPhone’s Health app tells him he’s walked an average of 8 miles a day in the two weeks since the game came out.

Business Insider: You don’t need to wander into traffic to play the new hit ‘Pokémon’ game

Some other highlights from his Pokémon Go adventure:

Even with his Pokémon collection complete, Johnson says he’ll keep on playing, though he hopes that Pokémon Go developer Niantic improves Gyms and the game’s battle systems to “make them more fun.” Plus, his girlfriend still has to complete her collection, so he has to help her out.

“But I will probably sleep more,” Johnson says.

And on a final note, Johnson notes that there are three Pokémon — Mr. Mime, Kangaskhan, and Farfetch’d — who are only available in Europe, Australia/New Zealand, and Asia respectively. He says he’s actually writing to travel sites and startups looking for someone to sponsor his world tour to complete his Pokémon collection. 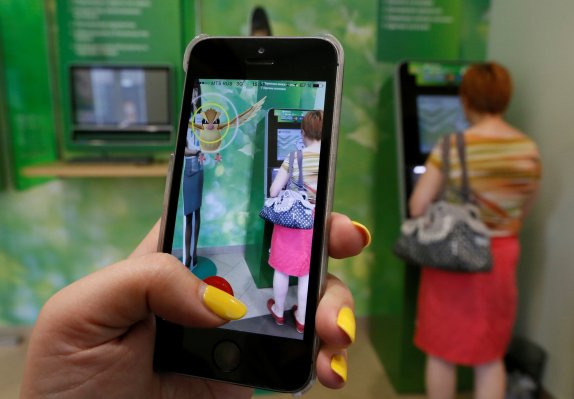 McDonald's Just Became the First Major Company to Partner With Pokémon Go
Next Up: Editor's Pick