The Serious History Behind Esperanto

Over 1,000 speakers of Esperanto have been expected to gather this week at the 101st World Esperanto Congress in Slovakia to celebrate Tuesday as the 129th anniversary of the “birth” of the language, as July 26, 1887, marked the publication of the first Esperanto textbook by L.L. Zamenhof. The Polish doctor created the language, which is essentially a set of roots that can be turned into words with certain endings that create different parts of speech.

Though Esperanto can be seen as something of a punchline today, its origins can be found in serious world-historical matters.

Zamenhof identified the need for a “neutral tongue,” as TIME once called it, while growing up in Bialystok in northeastern Poland, home of a mostly Jewish population and a few main ethnic groups that were not communicating. Humphrey Tonkin, the former president of the University of Hartford and the Universal Esperanto Association who currently represents the latter at the United Nations, explains that while Zamenhof was in medical school in Moscow in his 20s, his world changed: “The czar gets assassinated, Jews are accused of carrying out the assassinations, and there’s a whole round of pogroms in Russia that eventually spread westward into Poland.”

The wave of anti-Semitism underscored Zamenhof’s thinking that the world needed a single language that would make it possible for people to bridge gaps of religion or ethnicity. Meanwhile, technological developments like the telegraph meant that people from vastly different backgrounds were suddenly in closer contact than ever. “It’s also a period when the first international organizations get created, like the Universal Postal Union and Universal Telegraphic Union,” Tonkin says. “[It was] an earlier wave of globalism that destroyed with the rise of nationalism in the beginning of the 20th century.”

Considering that context, the language’s structure was strategic. Even though a Yiddish-based grammar would have been a natural choice for appealing to the Eastern European Jews who had inspired him, Zamenhof based his new tongue on the Romance languages. “He picked a language structured like Latin because Latin had prestige and Yiddish had none,” Tonkin says. The name Esperanto — meaning “one who hopes” — comes from the pseudonym under which the Jewish doctor published the textbook during a period of severe censorship of Jews in the Russian empire, but also because (in a soap-operatic twist) “he couldn’t use his own name because his father was one of the censors who censored Hebrew and Yiddish works.”

Esperanto wasn’t the first invented language of its time. A German Catholic priest tried to make “Volapük” catch on seven years earlier, but it died out because, “he didn’t want anyone else to make decisions about it,” says Arika Okrent, linguist and author of In the Land of Invented Languages. “Zamenhof just said, ‘Here it is,’ and he didn’t meddle with what people started doing with it.'”

Partly because Zamenhof let the language grow naturally, Esperanto is now said to be spoken in over 120 countries, boasts a Wikipedia site with more than 230,000 articles and has 465,000 signups on language-learning app Duolingo.

But Esperanto also had another reason to succeed: though other invented languages of the era were designed for practical purposes—to further scientific collaboration or assist with trade, for example—its pie-in-the-sky aims had immediate and broad appeal. And, Okrent says, that appeal has endured even as Esperanto has failed to become a widely spoken, everyday language.

“Esperanto people were drawn to this vision of world harmony,” she says. “The ideals kept it going through subsequent decades where it became clear that it wasn’t going to work in the way most people thought it would.” 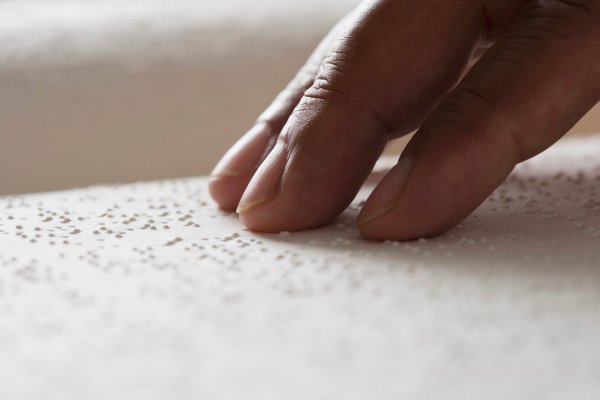 The Wartime Deaths That Led to the Invention of Braille
Next Up: Editor's Pick