How Today’s American Crisis Is Different

Illustration of General George Washington crossing the Delaware to seek safety in Pennsylvania after defeat by the British.
Hulton Archive/Getty Images
By David Kaiser

Rarely in history has the United States been so deeply divided as it is today. As Neil Howe and the late William Strauss predicted more than 20 years ago, we have entered the fourth great crisis of our national life. The first two were the American Revolution and the Civil War, and a third took place from 1929 through 1945, as the nation was threatened by economic collapse and foreign war. According to their theory, these critical eras occur every 80 years.

Certainly Americans are entitled to hope that the new crisis will not end with hostile armies marching through our territory and fighting battles, as they did in 1775-1781, and on a much larger scale in 1861-1865. Yet sadly, though the physical scale of the problem may seem smaller, the way out of crisis is less clear now than it was in those earlier times. That is because the critical element that saved American institutions then—the nation’s ability to come together and embark upon a great enterprise to solve a critical problem—is almost completely lacking.

The enemy in the first great crisis, from about 1774 through 1783, was of course the British crown, which had reacted to colonial resistance to taxation by sending troops across the ocean and imposing martial law. Feeling that these steps had deprived them of their rights and liberties under the British constitution, most colonists went to war. Though some Tories remained loyal to the crown, and some collaborated with the British Army when it occupied their neighborhoods, the revolutionaries generally had a common and easily identifiable enemy. After a disastrous interregnum in the mid-1780s, the need to form a new national government provided a second great task to unite the people. They emerged stronger, dedicated to the new Constitution that they had created.

Nearly a century later, the debate over slavery and the civil war that resulted divided the nation largely—though not completely—along regional lines. The war cost the nation more lives than any other, but it bound both the North and South together, each side in support of its own cause: the maintenance of the Confederacy and slavery in the white south, and the maintenance of the union and the abolition of slavery in the North and among the slaves themselves. The two sides fought with equal purpose and commitment. In the North, the Republican Party—which won six consecutive presidential elections from 1860 through 1880—was the party that had won the war and preserved the union. The war helped integrate immigrant groups like the Irish and Germans into national life, because they helped fight it. In the South, sadly, a new white ruling class emerged from reconstruction, reconciled to the union but dedicated to the preservation of white supremacy. Within each larger group, a widely shared goal could be identified.

As much as any democratically elected leader in history, Franklin Roosevelt—who took office in 1933, in the midst of the third great national crisis, the Great Depression—understood the importance of enlisting the nation in a great task. Though Americans may have differed about how to achieve it, all agreed that fixing the economy was the primary goal. During his first eight years in office he focused on increasing employment, securing the rights of organized labor, passing social security and rebuilding the nation’s infrastructure. Beginning in 1940, he focused on preparing for world war, and succeeded so brilliantly that by the time of his death in 1945 the United States was on the verge of victory over all its enemies. That crusading spirit, at home and abroad, held the nation together for another twenty years, and black and white Americans drew upon it to create the civil rights movement. Even the controversy over the Vietnam War failed to destroy the postwar consensus. As late as 1968, a broad consensus still prevailed among the political elite and among most older Americans. Realizing this, Richard Nixon promised to “bring us together,” reduce violence at home and bring an end to the Vietnam War. He parlayed those statements into a highly successful first term in office.

Today, there is no common purpose and no legacy of recent achievements upon which to build. The two parties live in different mental universes.

Much of the old political order has collapsed: this week the Republican Party nominated Donald Trump, who had virtually no ties to its leadership, for president. Hillary Clinton, meanwhile, seems likely to run as the representative of the status quo and the center-left ideological consensus that Trump’s followers reject. The low favorability ratings of both candidates suggest that either will have great difficulty rallying opposition voters after the election. No matter who wins, it seems likely that the election will leave the country more divided than ever.

What common purpose could unite the nation today? Not foreign war, surely. America’s endless conflict in the Middle East, fought by its small professional army, lost any power to inspire citizens years ago, and now drags on while the problem it was supposed to address—terrorism—gets worse and worse. The hawkish Clinton would hardly create a new national consensus by taking more military action in the Middle East. If Trump wins, a crusade to rid the nation of millions of immigrants could trigger widespread violence at home. There is enormous work to do regarding infrastructure, economic inequality, the cost of education climate change and more, but none of those issues has seized the public imagination as the single primary problem—and all of them are the subject of political gridlock.

Of the three previous crises, the Civil War probably offers the most useful comparison. It was horribly bloody, it did not secure real citizenship for the former slaves and it led to an era of weak government, all-powerful corporations and inequality. But the nation, the Constitution and the government survived, allowing for further progress on many fronts in the 20th century. The survival of such institutions may be the best America can hope for over the next ten years. Survival now remains the critical goal. Rebirth must come later. 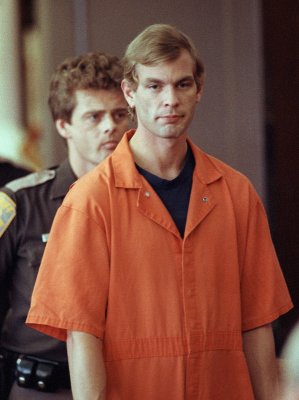 How Police Caught Jeffrey Dahmer
Next Up: Editor's Pick