Donald Trump’s failed attempt to kiss his running mate on the forehead at the Republican convention has lit up the Internet.

The awkward moment, perhaps due to a collision of New York City social conventions and typical Midwestern reserve, started when Trump went for a handshake with vice presidential nominee Mike Pence. Trump then moved in for a friendly kiss on Pence’s forehead, but the Indiana Governor turned away at that exact moment, resulting in the dreaded air kiss.

Still, Trump remained cool, settling instead for his signature pointing move and giving Pence a thumb’s up.

Online, people are obsessed with the moment, comparing it to a Harry Potter power exchange. 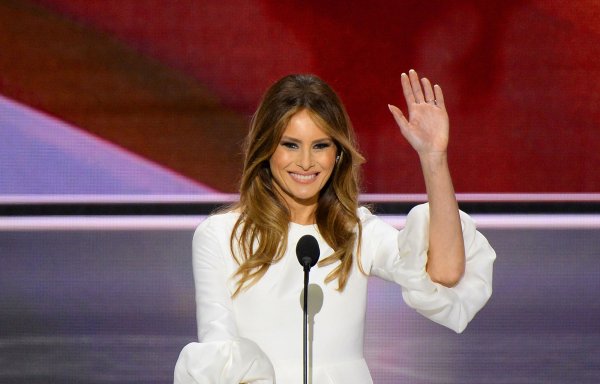 Melania Trump's Alleged Plagiarism Was Just a Front to Distract Us From Her Rickroll
Next Up: Editor's Pick