The Most Unexpected Moments of the Republican Convention

Political conventions are tightly scripted affairs, so the most interesting moments are often the unexpected ones. This year’s Republican convention, which ended Thursday night, provided plenty.

Here’s a look at some of the most unexpected moments.

A digital banner inside the Quicken Loans Arena was supposed to show positive tweets from supporters. But it showcased a tweet from a tweet from a white nationalist website and another from an obvious white supremacist.

On Wednesday night, Trump’s vice presidential pick, Gov. Mike Pence, took the stage. Trump was right there with him, but things got awkward when he went in for a kiss.

Texas Sen. Ted Cruz was holding an outdoor event at the convention. Right on cue, Trump’s plane flew by in the background, and it got a lot of boos from Cruz supporters.

Cruz gets booed, too

Cruz later gave a speech on the convention stage, but he refrained from endorsing Trump and told delegates and voters to vote their conscience in November. Supporters inside the arena booed and yelled “Go home!”

Trump’s wife, Melania, spoke Monday, but accusations that a portion of her speech was plagiarized overshadowed the substance of her speech, especially when the campaign bungled its response. A staffer eventually took responsibility for the plagiarism.

The Alaska delegation got into a back-and-forth with the chair over how its votes were counted during the otherwise routine roll call of the states. Their emotional appeal was turned down but not before causing some discomfort on national television.

Retired neurosurgeon and former presidential candidate Ben Carson went off his script and linked presumptive Democratic nominee Hillary Clinton to Lucifer, because of the dedication on a book she wrote her college thesis about. 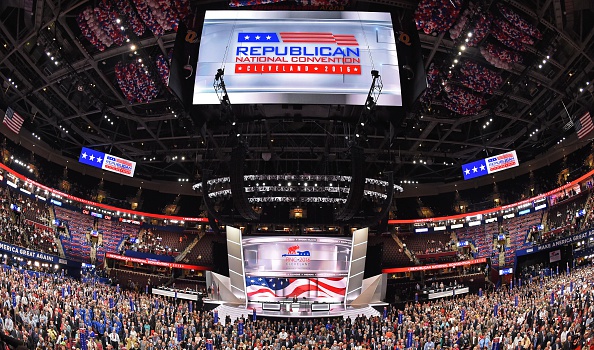