Donald Trump with his children Eric and Ivanka Trump at the Republican National Convention in Cleveland, on July 20, 2016.
Benjamin Lowy for TIME
By Massimo Calabresi

In an interview with the New York Times Wednesday, Republican Presidential candidate Donald Trump said he might not act on the United States’ commitment to defend its allies in the North Atlantic Treaty Organization if they were attacked by Russia. Asked whether he would provide immediate military aid to the Baltic NATO members, Estonia, Latvia and Lithuania, if they were attacked by Russia, Trump said he would judge whether or not the victim had sufficiently contributed to the alliance before deciding whether to come to their aid.

Trump’s statements are at odds with the treaty that created the alliance, which requires all members including the United State to come to the defense of the others. More importantly, Trump’s comments represent a radical break from seven decades of adherence by the United States and the Republican Party to the national security concept of deterrence. From George Kennan and Paul Nitze’s strategy of containment launched in the years after World War II, through Ronald Reagan’s central national security tenet of “peace through strength,” American foreign policy has embraced the idea that war could be avoided through a resolute commitment to collective security.

Trump explained his unwillingness to overtly commit to the defense of NATO allies by saying that he wanted to keep Russian President Vladimir Putin uncertain as to how the United States would respond. “I don’t want to tell you what I’d do because I don’t want Putin to know what I’d do,” Trump told the Times.

That rejection of transparent and explicit deterrence through collective security drew immediate criticism from foreign policy leaders in the United States and abroad. George W. Bush’s head of policy planning at the State Department, Richard Haass, tweeted in response to Trump’s comments that “[Questions] of U.S. reliability could trigger more conflict, appeasement, [and/or] more proliferation as allies seek self-reliance.” The Secretary General of NATO, Norway’s former Prime Minister Jens Stoltenberg, said, ‎”Solidarity among Allies is a key value for NATO. This is good for European security and good for US security.” Estonia, which has said Putin is already employing KGB-style espionage tactics to restore Russian power and destabilize it, issued a statement saying, “Estonia’s commitment to our NATO obligations is beyond doubt, and so should be the commitments by others.”

In an interview with TIME the day before Trump’s comments to the New York Times, Stoltenberg went further in outlining the importance of deterrence to international stability. Trump had previously called into question the utility of NATO in interviews. In response to questions about Trump’s statements, Stoltenberg laid out the strategy that has provided the foundation for NATO’s success over 77 years. The following is an edited excerpt: 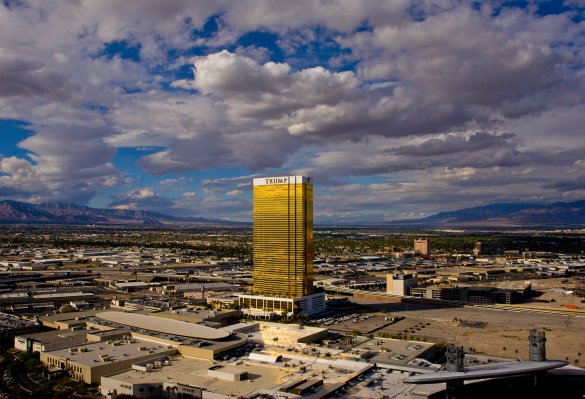