A “Muggle Mob” of 300 Harry Potter fans fills the street in front of the Scholastic headquarters building in New York City on July 21, 2016 to celebrate the upcoming release of Harry Potter and the Cursed Child Parts One and Two.
Scholastic
By Sarah Begley

As the publication date for Harry Potter and the Cursed Child approaches, U.S. publisher Scholastic cast an enthusiasm-summoning charm in New York on Thursday.

Some 300 Scholastic employees and their children congregated in a flash mob outside the company’s offices in SoHo, each reading aloud from different books in the series while theme music from the films blared on Broadway. At the climax, they lifted paddles advertising the new story in the air as a celebratory banner dropped from the top of the building.

Or, half dropped—the material snagged partway down and never fully unfurled. It was a fitting blunder according to some onlookers.

“I think it was appropriate to the name, ‘Cursed Child,’ since it was obviously cursed,” said Proma Khosla, 25. But the stunt still succeeded in convincing her to check out the eighth story of the boy who lived, nearly a decade after the seventh book seemed to wrap up the tale. “I was really hesitant,” she says, “but now I’m excited to get more story.”

As the flash mobbers dispersed, they passed out their books to the crowd; Khosla received a copy of Harry Potter and the Goblet of Fire.

The team at Scholastic is enthusiastic about the new script-book, which has an initial printing of 4.5 million copies. As several staffers said on Thursday, Scholastic employees and their kids are “the biggest fans” of the series. Many who wanted to participate in the flash mob didn’t respond to an email invitation fast enough to be included, like a Beyoncé concert selling out in minutes.

“It feels super exciting,” says Arthur Levine, VP at Scholastic and publisher of Arthur A. Levine books. “It’s a great place to be, especially considering everything that’s going on in the world to just kind of be reunited with friends. It’s like, profound, it’s great.”

Harry Potter and the Cursed Child publishes at midnight on July 31, after the play officially opens in London. It will continue to be “a big year for Harry,” Levine says, as the film and screenplay-book of Fantastic Beasts and Where to Find Them come out in November. Asked whether even more books from the wizarding world could be in store in the future, Levine says, “I think J.K. Rowling has just proved that her imagination is just bigger than all of us. There’s no predicting or guessing what comes next, and I think that’s great. That’s what we want an author to do, to keep surprising us.” 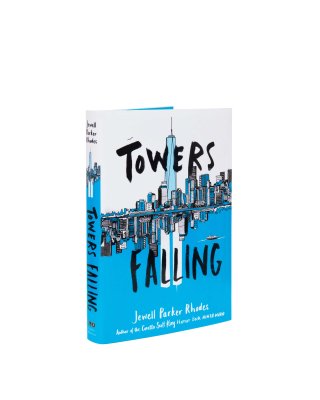 Fifteen Years After 9/11, the Past Is Prologue
Next Up: Editor's Pick