The notion of a roleplaying game on a postage stamp-sized device, designed by a company known best for its inclination toward encyclopedic experiences, sounds almost like a put-on. Except it’s not: Square Enix, the publisher/developer behind epic franchises like Final Fantasy, Dragon Quest and Kingdom Hearts, has an Apple Watch-exclusive roleplaying game in the offing, and according to Famitsu, it’s due worldwide this summer.

Dubbed Cosmos Rings, it’s not the first RPG for Apple’s iPhone-fueled timekeeping bracelet (see, for instance, Runeblade). But it sounds like it hopes to capitalize on the Apple Watch’s pedometer functionality, thus you’ll receive game-related messages based on the number of steps you’ve taken.

Does this mean I’ll finally buy an Apple Watch? Not likely, or at least not until Apple figures out how to decouple their smartwatch from the 6.23-by-3.07-inch slab of iPhone I’d still have to schlep around crowbarred into my pocket. 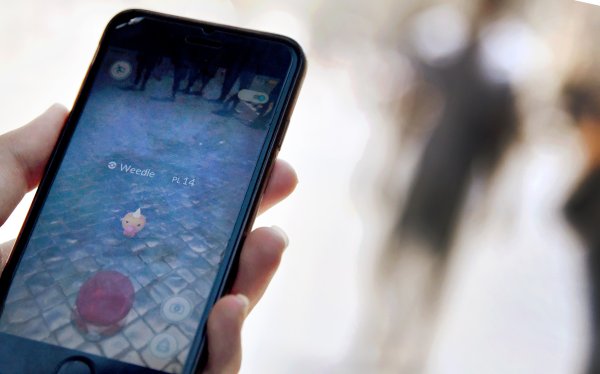 Woman Gets Stuck in Tree While Playing Pokémon Go in a Cemetery
Next Up: Editor's Pick