Why Politically Incorrect Workplaces Are Bad for Women

Roger Ailes poses at Fox News in New York, in Sept. 2006.
Jim Cooper—AP
Ideas
By Jill Filipovic
Filipovic is a lawyer and writer.

Working for Roger Ailes at Fox News sounds a lot like being employed at Mad Men’s Draper Sterling, but with a doughier Dick Cheney playing the lead instead of Jon Hamm. According to a lawsuit filed by former Fox News correspondent Gretchen Carlson, Fox CEO Ailes was a serial sexual harasser, making sexualized comments about her, and eventually retaliating against her when she wouldn’t sleep with him. Several other women have also said Ailes harassed them, and anonymous sources have told New York Magazine’s Gabe Sherman that Fox’s star anchor Megyn Kelly is among the women Ailes has harassed. Ailes has denied the allegations, even as Fox showed him the exit.

The allegations are making headlines, but they shouldn’t come as a surprise. When an organization traffics in sexist politics, writes off pushes for equality as “political correctness,” and only puts women who fit a particular aesthetic on the air, it’s not hard to imagine there might be a toxic workplace culture behind the scenes.

The homogeneity of Fox’s on-air female correspondents is obvious enough for the women to earn the collective moniker “Fox Blondes.” This doesn’t mean the (yes, blonder than the general population) women of Fox are dumb or only got their jobs because of their looks, but the ubiquity of thin blondes on a network well populated with dumpy men does send the message that, for women and women only, fitting a narrow standard of conventional attractiveness is a job requirement. Some anchors have said the sexualization is more explicit—years before she filed this lawsuit, Carlson told a radio audience that women were not allowed to wear pants on Fox & Friends. Fox women may be both bright and beautiful, but when beauty isn’t a requirement for male journalists, it’s easy to see why Carlson would conclude, as she asserted in her suit, that she was often treated as “a blond female prop.”

Positioning female journalists as things to be admired rather than professionals evaluated on merit alone has consequences—including allowing harassment to thrive. Studies have shown that when men are exposed to television clips in which women are objectified, they are more likely to engage in sexual harassment. Should it be surprising that men who run networks feeding off of objectification may not treat their female employees with total respect?

Fox, with its conservative political bent, could be particularly predisposed to sheltering men who sexually harass women. It often recedes into crass misogyny: A female pilot who dropped bombs on ISIS was “boobs on the ground,” and a female Fox News contributor was told to “Know your role and shut your mouth” on air by a guest whose disrespect was met by an invitation back on the show. The network has segments with titles like “The War on Men” and the talent routinely laments the decline of traditional gender roles. Researchers have long noted that sexual assailants often show an adherence to traditional gender roles; while Ailes isn’t accused of assault, sexual harassment falls on the same continuum of behaviors that reflect a man’s view of women as less-than-human sexual objects. Conservative views on gender, in other words, are breeding grounds for bad behavior toward women—and conservative views on gender are part of the Fox ethos.

That same conservatism can make it harder for victims of harassment to come forward. The network says “political correctness” is to blame for everything from terrorism to sexual assault. Political correctness, it seems, is a catch-all term that includes opposition to equality and even basic civility; an entrenched culture of hostility toward that kind of simple decency is any HR department’s nightmare. It also seems to be the case at Fox, where branding something “PC” is a quick way to invalidate it. There are few things more PC than suggesting your boss shouldn’t get to ogle your legs, which would presumably make it difficult for women at Fox to come forward with harassment allegations.

Sexual harassment, of course, is not just a conservative problem. But antagonism to women’s equality, a “boys will be boys” mentality and opposition to PC culture create conditions for harassment to flourish—and make reporting it especially difficult. Republican nominee Donald Trump, who often rails against political correctness, is regularly featured on Fox News; network contributors also defend Trump’s sexism as politically incorrect rather than pathological. But when Trump complains about political correctness and says he wants to Make America Great Again, he harkens back to a Mad Men era when men had freer rein to treat women like sexual playthings.

This is the pervasive view at the Fox family table: That America was better off when, to paraphrase one Fox contributor, women knew their roles and shut their mouths. The predominant feminist view—and one increasingly reflected in the law – is that women should be judged by their skills in the workplace, not by their sex appeal, and that their colleagues should treat them as peers and not pets. That, it seems, may simply be too politically correct for Ailes. 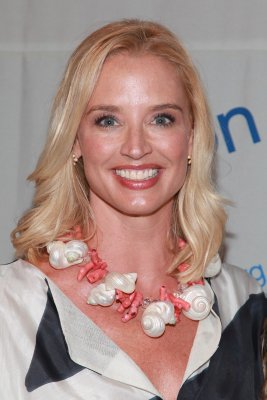 Former Fox News Anchor Will Write Book About Her Experience
Next Up: Editor's Pick