What to Know About Ivanka Trump Before Her RNC Speech

Donald Trump had his sons speak on Tuesday and Wednesday. Next up at the Republican National Convention: his daughter Ivanka.

Ivanka Trump is many things in her family: entrepreneur, manager and diplomat. But above all, Ivanka, 34, is Donald’s most trusted advisor. While Donald Jr and Eric, Trump’s two other children from his first marriage, have been key surrogates on the campaign trail, Ivanka has publicly softened her father’s rough persona and pushed him to make important decisions.

Ivanka told TIME she started young in the family business, shadowing a foreman at a Trump building in Manhattan when she was 15. Today, Ivanka has her own jewelry line, recently purchased a luxury golf course in Miami and is overseeing construction of a hotel a few blocks from the White House. “My father is a feminist,” Ivanka said earlier this month. “He’s a big reason I am the woman I am today.”

Married to Jared Kushner, a New York real estate investor and top Trump advisor, Ivanka has three children. She converted to Judaism when she married Kushner, a fact that recently came up during her father’s Star of David controversy on Twitter.

Though wives traditionally introduce their candidate husbands at conventions, Ivanka, not Donald’s wife Melania, will introduce him to accept the Republican nomination for president on Thursday night. This unusual choreography shows the important role Ivanka plays in her father’s inner circle. “She is, without question, one of her father’s most trusted advisers,” a longtime Trump advisor recently told TIME. One reason Donald values Ivanka is because she speaks her mind. “I’m a daughter, not a clone,” Ivanka told People. “I share my viewpoints with him privately, not publicly. I’m not the candidate.”

As the Republican convention reaches its crescendo Thursday night, all eyes will be on Ivanka as she frames America’s future as full of problems only her father can solve. 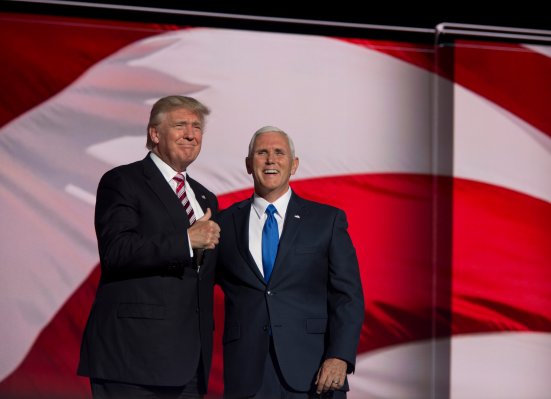 How Mike Pence Tried to Heal the Republican Rift
Next Up: Editor's Pick