Members of the New York Liberty basketball team await the start of a game against the Atlanta Dream in New York City on July 13, 2016.
Mark Lennihan—AP
By Rosalie Chan

The WBNA fined three teams and their players for wearing black warm-up shirts in the wake of the police shooting deaths of Alton Sterling and Philando Castile, as well as the deaths of five Dallas officers, who were killed while patrolling a protest.

The WNBA fined the New York Liberty, Phoenix Mercury and Indiana Fever $5,000 each, and the players were fined $500 each, the Associated Press reports.

The Liberty wore the black shirts four times, and the Mercury and Fever both wore them on Tuesday night.

Earlier this week, the WNBA sent a memo to remind the teams of the uniform policy, which states that uniforms cannot be altered in any way.

Phoenix Mercury forward Mistie Bass tweeted, “Don’t say we have a voice and then fine us because we use it. #notpuppets #cutthestrings.” 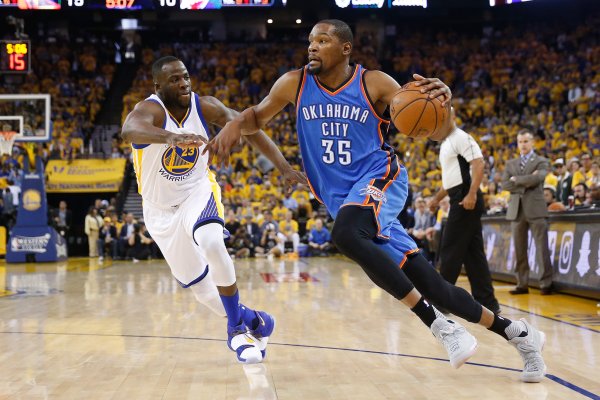 Why Kevin Durant's Decision Is Worth Cheering For
Next Up: Editor's Pick