Meet the Silicon Valley Billionaire Speaking at the RNC

Peter Thiel is not only the first openly gay speaker at the Republican National Convention since 2000, he’s also one of the richest people in the room. The PayPal co-founder is a notable exception to a crowd of Silicon Valley entrepreneurs who are uneasy about Donald Trump’s presidential run.

Trump’s campaign manager has said Thiel will not speak about being gay at the convention that produced a platform with drastically anti-LGBTQ language. “He’ll be talking about Donald Trump the man he knows and as a successful entrepreneur,” said Paul Manafort.

PayPal was the first golden ticket for Thiel, who was the co-founder and CEO of the internet payment website. He was the first outside investor in Facebook in 2004 and is now involved in several Silicon Valley investment funds. Thiel, 48, was outed as gay against his wishes in 2007 by Gawker. He has funded professional wrestler Hulk Hogan’s lawsuit against Gawker over a sex tape the website released of Hogan in 2012.

Thiel’s official role at the convention is as a Trump delegate. While he initially supported Carly Fiorina’s presidential bid, he switched his support to Trump in May. Thiel is known to have libertarian views on politics, putting him in contrast with the liberal views of many Silicon Valley leaders. The billionaire attended this year’s meeting of the mysterious Bilderberg Group in Germany, a group of world leaders that has gathered since the 1950s to discuss global economic and political issues. 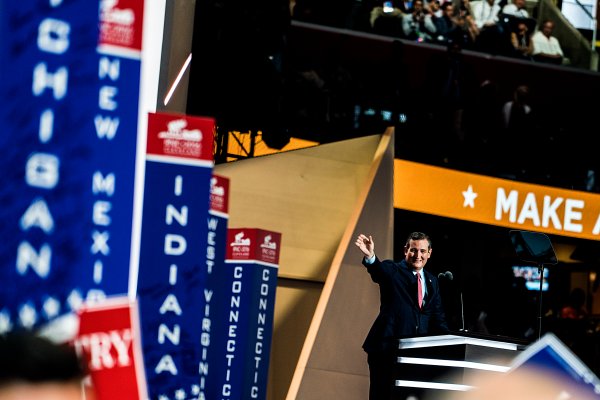 Cruz Sticks to His Guns
Next Up: Editor's Pick