Have You Met Miss Jones? Let a New Film Break the Ice

Like a pair of funky planets, two R&B goddesses collided backstage at a 2011 taping of VH1 Divas Celebrates Soul. “I screamed, ‘Mavis!'” recalls Sharon Jones. “She screamed, ‘Sharon!’ Someone came out of a room where they were interviewing the Roots or somebody and said, ‘Shh.’ I thought, You don’t shush Mavis Staples!”

Nor do you shush Jones, a Georgia-born, Brooklyn-based soul singer who since 2001 has dazzled fans with her throwback-R&B band the Dap-Kings. Jones, 60, is now relying on her fighting spirit in a battle with cancer. The sense one gets watching the Barbara Kopple–directed documentary Miss Sharon Jones! is that fate has thrown her a malignant curve. It’s something even a devoutly religious woman like Jones has trouble wrapping her shaved head around: “The disease is here, you think it’s gone–and suddenly it’s back again, in different places. And it’s scarier than the first time.”

Grammy-nominated for the 2014 album Give the People What They Want–and currently heard singing “Midnight Rider” over a Lincoln MKZ commercial–Jones has worked as a corrections officer and an armored-car guard. Back then, the 4 ft. 11 in. singer says, she was dismissed as “too fat, too black, too short and too old.” But ever since she began recording with Dap-Kings bassist and songwriter Bosco Mann, her reputation has been rising and rising.

Then in 2013, after being diagnosed with stage 2 pancreatic cancer, Jones had bile-duct surgery and chemotherapy. The cancer was put on hold, but so was her career. Miss Sharon Jones! was filmed as she fought the disease, but upon its Toronto Film Festival premiere last fall, Jones said the cancer had recurred.

Kopple, whose Harlan County, USA (1976) and American Dream (1990) both won the Best Documentary Oscar, was thrilled by the idea of the project, but her subject had to be persuaded. “My manager said, ‘This will be good for you,’ but I was like, ‘How’s it going to be, a camera in my face while I’m sick?'” Jones says. “But they made me feel comfortable. You knew they were there, but you could block them out.”

“Why would you want to block us out?” Kopple asks. “We were so much fun.” For the director and her audience, the story remains open-ended. No cures. No tidy conclusions. “I just was telling a story about Sharon and the Dap-Kings,” Kopple says. “I didn’t envision anything happening. I’d go around any corner and film them, and pray that everything was going to be O.K.”

Right now, that includes the film’s release on July 29 and taking the Dap-Kings back out on the road. Live shows, she says, are her sanctuary: “When I walk out onstage, everything disappears. Getting onstage makes me forget. I can get on that stage and the pain goes away.” 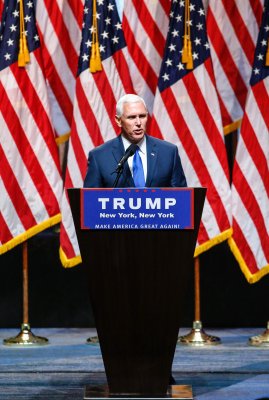 Mike Pence Is Donald Trump's Political Opposite
Next Up: Editor's Pick