On Tuesday, Chinese President Xi Jinping visited a mosque in China’s western Ningxia province. The leader of the officially atheist Chinese Communist Party (CCP) praised the local Muslim community’s rich cultural contribution and efforts alleviating poverty. “Religions in our country, the endemic ones and those from abroad, have become deeply embedded in the Chinese civilization, whose history covers more than 5,000 years,” Xi said in Ningxia’s capital Yinchuan, reports the state-backed China Daily newspaper.

However, Xi added a warning, urging community leaders to “resist illegal religious infiltration and carry forward the patriotic tradition.” His words were especially pertinent. According to a new report published Wednesday, 114 Uighur Muslims have joined the ranks of the Islamic State (ISIS) from China’s westernmost Xinjiang province. Policies enacted by Beijing “could be a push factor driving people to leave the country and look elsewhere for a sense of ‘belonging,’” said the Washington, D.C.–based New America Foundation, regarding its analysis of leaked registration documents of 3,500 foreign ISIS recruits.

The report would seem to confirm what has long been suspected — those slick ISIS recruitment videos have struck a cord in Xinjiang. Uighur militants have historically been drawn to holy wars, previously in Afghanistan and Pakistan, and now Syria, Iraq and Turkey. Uighur extremists have also used bloody tactics to agitate for greater autonomy domestically. Following a spate of bus bombings and attempted plane hijackings in the 1990s and 2000s, in October 2013 a blazing car was driven into Beijing’s iconic Tiananmen Square — the birthplace of the People’s Republic — in an attack that killed five and injured dozens. On March 1, 2014, eight knife-wielding assailants ran amok at Kunming’s train station in Yunnan province, leaving 29 civilians and 4 perpetrators dead.

The causes of this violence are complex. The 10 million-strong Uighur people are ethnically, culturally and geographically closer to the Turkic peoples of Central Asia than to China’s dominant Han ethnic group. Their underdeveloped and sparsely populated homeland of Xinjiang is rich in natural resources — containing China’s largest deposits of oil, natural gas and coal — hence has attracted millions of Han Chinese settlers in recent years. While Beijing claims this influx has raised overall living standards, Uighurs, particularly in south Xinjiang, complain of marginalization and even persecution. Thousands have fled the region over recent years. While only a tiny number are spurred to terrorism, “the reservoir of people who are disenfranchised and alienated from the Chinese state is increasing,” says Professor Michael Clarke, an expert on the Uighurs at Australia’s National Security College.

Read More: A Brief History of the Uighurs

The mosque where Xi spoke on Tuesday was not one frequented by Uighurs. Ningxia is home to 2.4 million Hui Muslims, according to official statistics, a distinct Muslim group often described as the “Muslim Han,” as their culture and language is essentially Chinese (though scholars continue to debate whether they constitute a distinct ethnicity). Historically, the Hui suffered their share of bloodletting and even pogroms, though today are generally well assimilated and prosperous.

However, there is a danger in conflating the Hui and Uighur experiences, and thus possible remedies of their grievances. While the Hui are happy to practice a form of “Islam with Chinese characteristics,” as some put it, Uighurs contend their traditional culture has been eroded, and intolerable constraints placed on the practicing their faith. Restrictions have been placed on using the Uighur language in educational institutions and even on growing beards. “The Chinese state hasn’t helped itself,” says Clarke. “There’s a whole range of factors that can push elements of the Uighur population towards greater radicalization.”

For Xi, the Uighur problem is twofold. Dozens of radicalized and battle-hardened jihadists returning from the Middle East has obvious security implications. In addition, it jeopardizes the Xi administration’s keynote “One Belt, One Road” strategy — a revival of the iconic land and maritime Silk Road, which date back to Marco Polo’s expeditions of the 13th century, by forging a trade and infrastructure network spanning East Asia to Western Europe. Without secure and interconnected Western border, the initiative looks stillborn.

By ignoring cultural grievances and, like the Hui, trying to solve the Uighur situation through purely economic and security means, the Xi administration will likely be concocting an economic as well as security headache down the line. “The CCP seems to have made the decision that just throwing more money, investment and economic development will solve the problem,” adds Clarke, “But this misses a core driver of ethnic disputes and identity politics more broadly.” 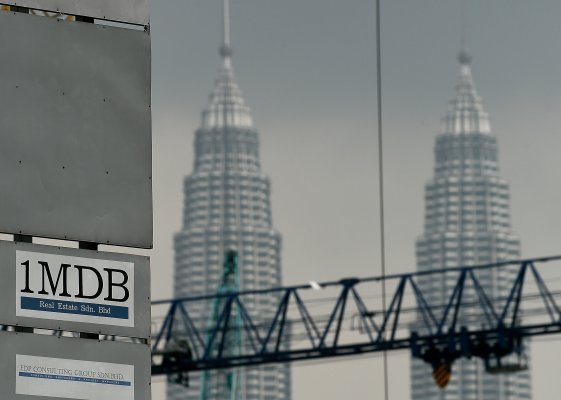 U.S. to Seize $1 Billion in Assets in Malaysia's 1MDB Case
Next Up: Editor's Pick