The former House Speaker began by noting that Trump had asked several of his former rivals, including Cruz, Wisconsin Gov. Scott Walker and Florida Sen. Marco Rubio to speak without endorsing him.

“So to paraphrase Ted Cruz, if you want to protect the Constitution of United States, the only possible candidate this fall is the Trump-Pence Republican ticket,” he added.

Read the full transcript of Gingrich’s remarks, including his wife Callista’s introduction, as delivered: 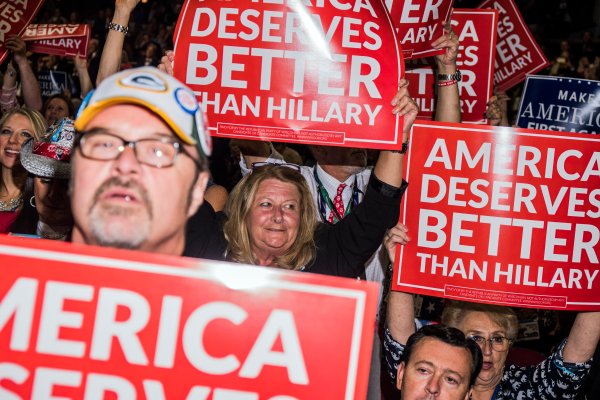 In Cleveland, Hillary Clinton Hatred Is Stronger Than Donald Trump Love
Next Up: Editor's Pick