The Catholic Church in Argentina has launched a probe into whether a group of nuns assisted a former minister stash heaps of cash and jewels in their convent.

Four nuns are suspected of helping to hide $9 million at the Our Lady of the Rosary of Fatima convent on the outskirts of the capital Buenos Aires, the BBC reports. Reverend Tom O’Donnell, who is spearheading the investigation, said they would try “to determine if there was a canonical crime.”

Last month, José López — who was the public works secretary in the former government of Cristina Fernandez de Kirchner — was arrested after he was reportedly seen throwing bags of cash over nunnery’s wall. When police arrived the suspect claimed to be a church official before allegedly offering them a bag containing $1 million dollars, according to the Guardian.

Local media recently released CCTV footage appearing to show two nuns helping the suspect carry the cash into the convent, according to the BBC. One of the nuns is expected to appear before a judge next month.

The case has gripped the nation and sparked fresh media scrutiny over the legacy of former President Kirchner. Since President Mauricio Macri took office last year a number of former officials have been investigated for money-laundering. 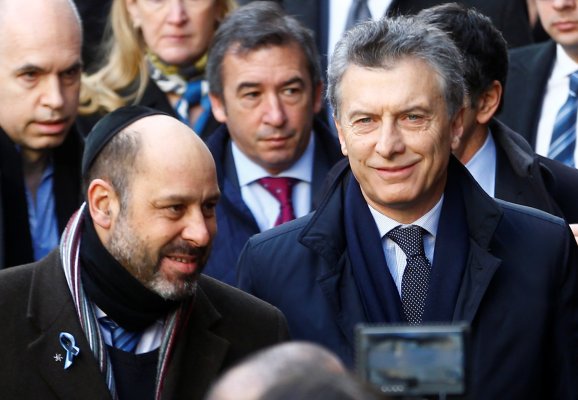 Argentinian President Finds Economic Problems Are Harder at Home Than Abroad
Next Up: Editor's Pick