Honor Killings Are a Global Problem

Late Pakistani actress and model Qandeel Baloch addresses the media on June 28, 2016. On July 15, 2016, her brother killed her because "she was bringing dishonor to [his] family."
Rana Sajid Hussain—Pacific Press/LightRocket/Getty Images
Ideas
By Arsalan Iftikhar
Arsalan Iftikhar is an international human rights lawyer, global media commentator and author of Scapegoats: How Islamophobia Helps Our Enemies & Threatens Our Freedoms.

The world recently learned of the tragic murder of a young 25-year-old Pakistani social media star named Qandeel Baloch at the hands of her own brother, Muhammad Waseem. His explanation for murdering his sister was “girls are born to stay home.” In a defiant press conference in Pakistan, Waseem, who considers himself a drug addict, admitted to strangling her, then added, “I am proud of what I did… I drugged her first, then I killed her. She was bringing dishonor to our family.”

At Waseem’s hand, Baloch became one of thousands of young girls and women who are murdered every year to honor killings. And there was, rightly, a vast outcry against these types of killings. But that outcry revealed another problem: Many people often chalk these deaths up to being a Muslim issue, instead of realizing that the issue is far more complex—and far more closely related to thousands of women who die every day in acts of domestic violence, honor killings and sexual slavery all over the world.

For one, while honor killings may often be explained away by bastardized versions of Islam, they are not actually Islamic. Although quite common in pagan Arabia before the creation of Islam, it should be known that one of the first major reforms that the Prophet Muhammad brought to Arabia was the outlawing of female infanticide (killing of female children). Additionally, the Islam’s holy book further condemns these murders in Quranic verses like: “You shall not kill your children for fear of want…To kill them is a grievous sin.” In the penultimate verse on the sanctity of human life, the Quran clearly states that for anyone who murders an innocent human being unjustly, it shall be as if that person “had killed all of mankind.”

Today, global mainstream Islamic leaders continue to publicly condemn these vigilante misogynistic homicides done beneath the faith’s banner. An umbrella religious organization called the All Pakistan Ulema Council once publicly issued a national fatwa (or “religious decree”) in 2014 publicly declaring that “killing of girls in the name of honor or dignity is terrorism and viciousness—which has nothing to do with Islam.” It continued by saying that a “daughter is a gift by Allah. And the feeling of being dishonored by your daughter is forbidden in Islam… Killing one’s daughter and humiliating them is a sign of ignorance” and completely violates basic Islamic teachings.

Similar prominent religious decrees have emerged from around the world. Muslim-majority countries have passed national legislation or taken severe legal action against the practice of honor killings. Turkey is well known for giving life sentences to anyone involved in an “honor killing.” In 2009, local Turkish courts sentenced an entire family to life imprisonment for their involvement in the killing of a young female relative. The University of Cambridge has also reported “that the government of Jordan has increasingly criminalized honor killings, and in 2009 a special court for prosecuting honor crimes was established” within the Arab nation as well. And Islamic Supreme Council of Canada publicly said in 2012 that, “There is no justification for honor killings, domestic violence and misogyny in Islam. These are crimes in the court of law and in the sight of Allah.”

That doesn’t mean that there is not a problem. Of course there is. That’s what the laws and statements intend to help stop.

“There is nothing Islamic about so-called ‘honor’ killings,” said Imam Zaid Shakir of Zaytuna College during a recent interview with me on the subject. “This barbaric practice of vigilante femicide has absolutely no sanction in the Quran or within the doctrines of Islamic law. To kill an innocent woman for simply not following her family’s wishes is nothing short of cold-blooded murder and there is no legitimate Islamic religious authority who can argue otherwise.”

But there is also something sinister and sad beneath this all: By making something a Muslim problem, non-Muslims often manage to distance themselves from an issue they should recognize. Just because “honor killings” have a moniker that elicits sensationalistic media headlines around the world, it does not mean that they are meaningfully different from the other more clearly secular forms of domestic abuse against women that occur every day. “In countries where Islam is practiced, they’re called honor killings, but dowry deaths and so-called crimes of passion have a similar dynamic in that the women are killed by male family members and the crimes are perceived as excusable or understandable,” Widney Brown, who now serves as director of programs for Physicians for Human Rights, told National Geographic. She also noted that this phenomenon “goes across cultures and across religions” and is not exclusively limited to Muslims.

Even cultures that do not explicitly support the killing of women still see their women die at the hands of men. According to a September 2015 report from the Violence Policy Center, 94% of female homicide victims (1,438 out of 1,530) in the United States were brutally murdered by either a known male relative or acquaintance. This should lead us to see that many of our neighbors—even the ones who are in no way associated with Islam—have internalized a tendency to have their rage transform into violence. At it’s most basic level, it’s the same horrific impulse.

“Honor killings” should be condemned by Muslim leaders around the world. But the wider global community must be honest about itself, too. Qandeel Baloch’s death is not a tragedy committed because a culture is different. Her tragedy is our own. Qandeel Baloch is one of all of us. 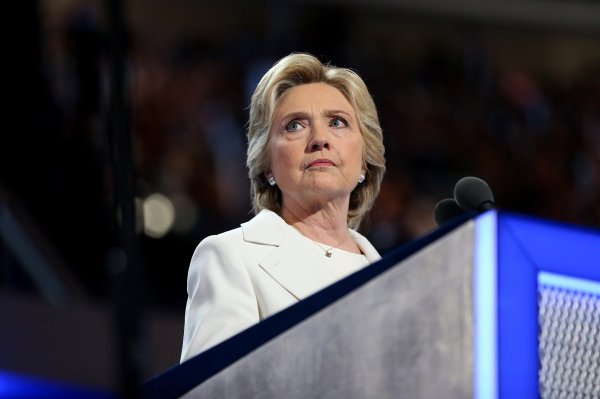 God Is a Neoliberal Centrist
Next Up: Editor's Pick