On Monday, August 1, when you wake up, roll over and grab your phone off your nightstand to catch another damn Pidgey from the comfort of your bed, you may get an error message and find Pokémon Go inaccessible. Why? Hackers are planning to hit the Pokémon Go servers with a distributed denial-of-service attack, knocking the game offline.

Read more: Should You Buy the iPhone 7? Most People Say They Won’t

Yep, Poodlecorp. This is the team of hackers that claimed responsibility for taking down thePokémon Go servers using a DDoS attack on Saturday. A Poodlecorp team member then tweeted that this was just “a lil test” and that they would “do something on a larger scale soon,” according to the Independent.

“We take the servers offline because it is popular right now and nobody can stop us,” @xotehpoodle said. “We do it because we can, nobody can stop us and we just like to cause chaos. We chose August 1 so we have time to relax and not care about doing anything.”

Read more: How to Get Verified on Twitter After Rule Change Lets Anybody Apply for Blue Checkmark

Poodlecorp plans to take down the Pokémon Go servers globally for 20-plus hours — “basically the entire day” — by using the same method they claimed to have used over the weekend, a DDoS attack. They plan to hit the servers with “a massive botnet consisting of about 600,000 devices ranging from DVRs to routers to cameras to computers to dedicated servers,” @xotehpoodle said.

The team has also previously claimed responsibility for hacking YouTubers and League of Legends this summer.

When Mic asked @xotehpoodle if the team played Pokémon Go, he said that none of the members play; they aren’t gamers. When I told him the game was cool, he said “rofl” and told me their botnet is worth more than Niantic Labs.

It’s unconfirmed whether or not Poodlecorp was actually responsible for the attack over the weekend. Pokémon Go has been plagued with server issues since its launch, so whether it was an accident or malicious intent seems like a moot point.

Read more: How to Make Money With ‘Pokémon Go’ by Selling Your Account

But this time is different, @xotehpoodle said. Poodlecorp is taking the August 1 attack seriously “because we made a promise.”

Mark your calendars, gamers. Here’s a countdown to the impending a-Poké-lypse. 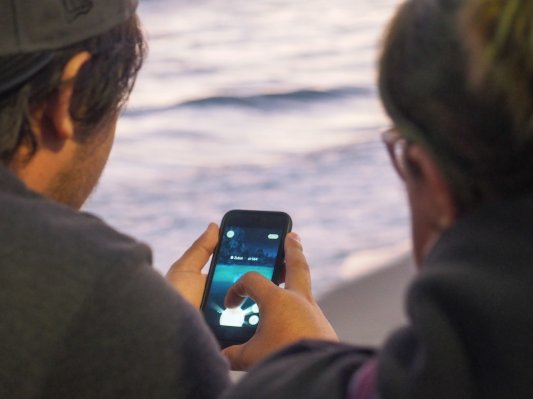 There's Now a Dating Service for Pokémon Go Players
Next Up: Editor's Pick