This 86-Year Old Woman Fought Off a Thief With Bacon

An 86-year old woman just found a new use for bacon—theft deterrent.

Bacon has been used for everything from a pizza crust to a name, a way to stop a nosebleed, a coffin, a life preserver, the basis for true love, and the cure for a broken heart. With that list in mind, one would think the world had exhausted every possible use for bacon, but one would be wrong.

According to the Greater Manchester Police, Trafford South division, the wily woman had hit up an ATM before heading to the supermarket. She was apparently followed to the store, though, because a still unknown woman grabbed her shopping cart and demanded the cash. Apparently, the elderly woman didn’t want to hand over her cash, though, because according to police who posted the saga on their Facebook page, “she defended herself by repeatedly hitting the female offender over the head with a packet of bacon.”

When confronted with a vigorous bacon defense, the would-be thief gave up and fled the supermarket and the woman, her cash, and her bacon were safe. Let’s all eat some bacon in honor of this incredible achievement. 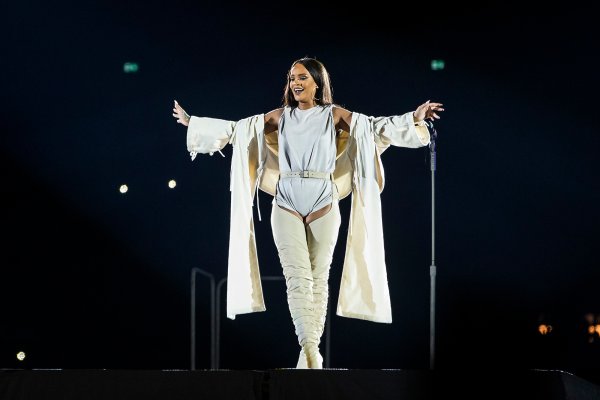 Watch Rihanna Sing 'Diamonds' to Pay Tribute to the Victims of Nice Attack
Next Up: Editor's Pick