“Of course I work with a professional speechwriter who does these things on some things,” Trump told TIME as he left the Westin Hotel bar Tuesday night. “And I’m new to politics, I’ve never done that. I’m going to go with someone who knows what they’re doing. And I worked with Frank Buckley on it, it’s as simple as that.”

Buckley, a law professor at George Mason University, confirmed that he had indeed written the speech. The Daily Show first pointed out the similarities between Trump Jr.’s speech and a May article in the American Conservative entitled “Trump vs. the New Class.” Because he had written both the article and the speech, Buckley said, “it’s not an issue.”

Trump Jr. agrees. “A lot of it’s my own words because I’m talking about my father and my family,” he added.

The allegations come just a day after it was revealed that large portions of Melania Trump’s speech appear to have been lifted or adapted from Michelle Obama’s 2008 convention speech.

But Trump Jr. says there’s nothing to see here. “People are trying to find a story where it doesn’t exist,” he said. “They have an agenda, they’ve made up their mind, it’s as simple as that.” 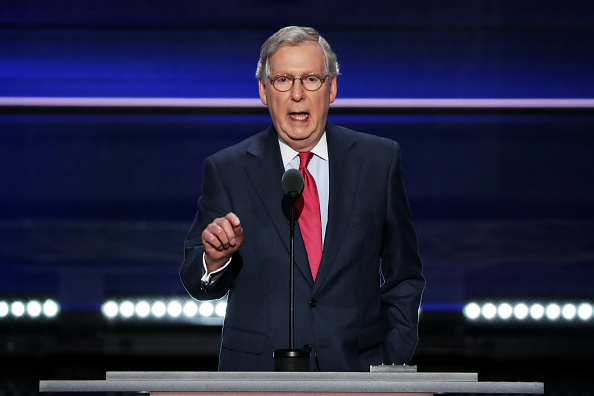 Watch Mitch McConnell Speak at the Republican Convention
Next Up: Editor's Pick