Donald Trump Jr Speechwriter Says There Was No Plagiarism

Donald Trump Jr. used multiple sentences in a convention speech Tuesday night that were similar to phrases published in an article in The American Conservative in May.

“I was a principal speechwriter for the speech,” F. H. Buckley, a law professor at George Mason University, wrote to TIME. “So it’s not an issue.”

“>first reported by The Daily Show, were written by Buckley in a May 2, 2016 article entitled “Trump vs. the New Class.” The article criticized Donald Trump, the Republican presidential nominee, as a “new liberal.” The similarities between the article’s passages and Trump Jr.’s speech came after Melania Trump was accused of plagiarizing Michelle Obama in a Monday night speech at the convention.

In his May article, F.H. Buckley wrote: 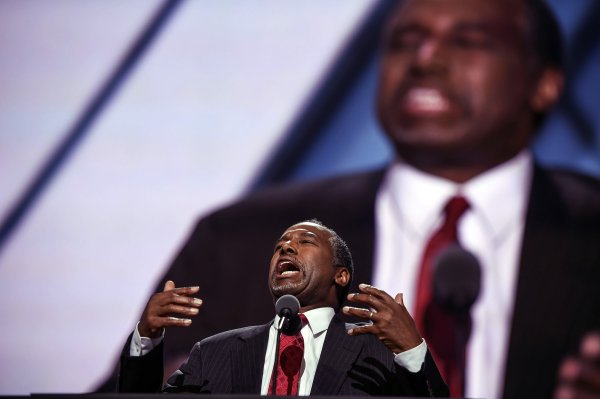 Watch Ben Carson Speak at the Republican Convention
Next Up: Editor's Pick