The inner-city coming-of-age story The Inevitable Defeat of Mister and Pete — which comes out on DVD today — played at festivals last year and was released in fewer than 200 theaters. Still, one very important person managed to take in a showing: Michelle Obama.

It made quite an impression.

On Jan. 15, the First Lady screened Mister and Pete during a discussion about the future of education in the United States, tied to the President’s stated goal to help U.S. to have the world’s highest proportion of college grads by 2020. In her statements about the movie, Obama said that its heroes — two young boys left to fend for themselves for a summer — represent the millions of American kids who face challenges, but prove resilient enough to overcome the obstacles.

“Many of you work with kids just like Mister and Pete,” the First Lady told an audience of educators. “You see them every day — kids struggling against heartbreaking odds in neighborhoods torn apart by poverty and hopelessness, surrounded by gangs and guns and drugs. You see this every day. But, see, this is the thing, the beauty of this movie — this movie isn’t just about the challenges that kids like Mister and Peter are facing. And that’s really why this movie was so powerful to me, because it’s also about their courage.”

And Obama’s statements, in turn, were powerful to another member of that audience: the musician Alicia Keys, who executive produced the film. “It just really spoke to the power of art and what that does, how it can really connect to people and start a dialogue, which is what I think art is really about,” Keys tells TIME. “It always takes a long time to put a film together and when it’s an independent film, it oftentimes is even that much harder. It was really rewarding to have that kind of recognition from the First Lady herself.”

Keys acknowledges that the link between Mister and Pete and education is subtle; the movie, she notes, more explicitly addresses drugs and poverty. But, she says, the conversation after the screening highlighted the way a child’s education can be affected by extracurricular issues. The film’s protagonists show how kids needs support systems — especially if college is the goal — and how much an already resilient child can accomplish when she gets that support. Having heard educators discussing their experiences after the screening, Keys says she saw how dedicated teachers can help provide direction for kids with big goals.

“I am definitely an optimist and I do believe that we all have to have something to believe in, to dream about, and I think that is what helped Mister through the whole film,” Keys says. “There are so many Misters out there.” 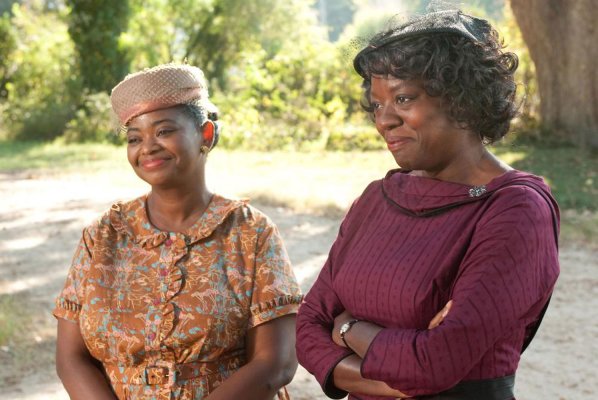 A La Mode: 10 Unforgettable Pie Scenes in Movies
Next Up: Editor's Pick