In the wake of accusations that Melania Trump’s Monday night speech at the Republican National Convention plagiarized Michelle Obama’s 2008 convention address, many in Donald Trump’s camp quickly came to the defense of the presidential candidate’s wife.

One of these people was RNC Chief Strategist Sean Spicer, who claimed that Melania’s words were so common they could have been lifted from a myriad of other sources — including My Little Pony and a John Legend song — in an interview with CNN Tuesday.

However, Legend quickly made it clear that he didn’t wish to be lumped into this category. The 37-year-old singer replied to a tweet summarizing Spicer’s remarks with the statement, “I would very much like to be excluded from this narrative.”

This, of course, is the same phrasing that Taylor Swift used in her already infamous response to Kim Kardashian West releasing video evidence Sunday night of Swift’s telephone conversation with Kanye West regarding his song “Famous.” 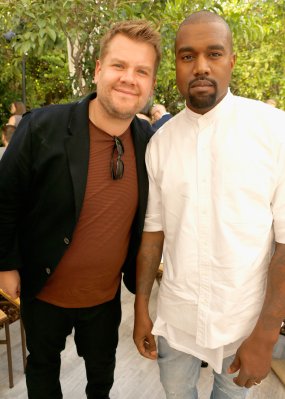 Watch James Corden and Kanye Have a Heart-to-Heart... Sort Of
Next Up: Editor's Pick