On a bright sunny Tuesday morning, the Trump Leadership Council gathered at FirstEnergy Stadium for their second official meeting. The group of 40 CEOs and top executives had flown to Cleveland to attend the Republican National Convention.

This was the second meeting of the council. The first convening happened a few weeks ago with the nominee presumptive at Trump Tower in New York. The companies represented were there to advise Trump on 10 business sectors, such as transportation and healthcare and energy. The group does not solicit or require donations for the campaign, according to the group’s founding documents.

But three people who attended said they understood there was an expectation that donations be made. These three attendees at the event said they had expected Trump to attend.

A spokeswoman for the Trump campaign and an organizer of the leadership group both said the event never on his schedule.

Members of the group mingled with Republican members of Congress around breakfast tables set up on one of the stadium’s concourses. The Republican representatives addressed the group. Rep. Tom Price from Georgia mentioned the plagiarism scandal over Trump’s wife Melania’s speech the evening before. Price blamed the liberal media, who he said, had made the whole thing up, according to people present.

After the talk, the group was given a chance to go out onto the football field, where the Cleveland Browns play, to take pictures before they left.

Trump ended May with just $1.3 million cash on hand, alarming party insiders as that was an amount more suited to a congressional race, not a presidential bid. He improved in June, raising $51 million, thought still fell short of Hillary Clinton’s haul of $68.5 million in the same period. His campaign, which did not answer repeated attempts for comment on the event, has argued that the billionaire can self fund. But Trump himself has said he would seek donations for the general election, which could cost well over $1 billion.

With reporting from Haley Sweetland Edwards in Cleveland

Correction: The original version of this story mischaracterized the event, which was a meeting of corporate advisors. After the story was published, a spokeswoman for the Trump campaign and an organizer of the group told TIME that the candidate was never scheduled to attend the meeting. The Trump Leadership Council explicitly states in internal documents for its members that there is no expectation that they make political donations to Trump or the convention. The story also incorrectly described the attendees of the event and the championship record of the Cleveland Browns. 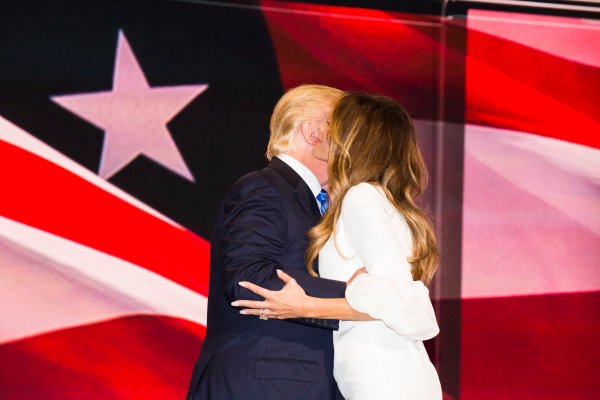