Review: Star Trek Beyond Is a Case Study in Interstellar Race Relations

Sometime in the 1980s, before Internet trolls roamed the Earth, television’s original Star Trek got a bad name, or at least a lot of side eye, for spawning legions of nerdy, trivia-spouting loyalists who were boring at parties. Those were the days! Star Trek, as created by Gene Roddenberry, was an unapologetic expression of optimism, a vow of faith in interplanetary civic values. Its gentle spirit is something we could use more of these days, especially during summer blockbuster season, and if you can look past a degree of special-effects bombast, Justin Lin’s Star Trek Beyond shimmers with it—the actors, in particular, carry the essence of Roddenberry’s inclusive vision into the present.

Star Trek Beyond is designed to dazzle. Its effects—including the sight of a ravaged Starship Enterprise hurtling toward the surface of a mystery planet like a colossal flaming space pie—are sometimes beautiful, and sometimes so elaborate that they obscure the action rather than make it more thrilling. Even so, Lin keeps this tense adventure (co-written by Doug Jung and Simon Pegg, who also reprises his role as chief engineer Scotty) from stumbling over its own excess: he knows that any good Star Trek needs wit as well as spectacle.

This time the Enterprise, with James T. Kirk (Chris Pine) at the helm, heads out to save a stranded alien ship, only to zoom into a trap set by a villainous megalomaniac named Krall (Idris Elba), easily identifiable by his corrugated blue-green forehead and murderous, pointy little teeth. Krall destroys Kirk’s beloved ship and captures most of his crew, though Kirk and some of his officers—including Karl Urban’s eternally skeptical Bones, Pegg’s stub- bornly practical Scotty and Zachary Quinto’s eminently sensible sweetheart-in-disguise Spock—escape the dying ship in cool bullet-shaped space pods that hurtle forth like man-made shooting stars.

Kirk, stranded on Krall’s planet, thinks only of saving his crew, and luckily he meets another castaway who grudgingly offers help: Jaylah—played with grave, take-no-prisoners elegance by Sofia Boutella—is a captivating alien with eyes of pale fire and a face like a starkly painted Kabuki mask. The whole point of any Star Trek exercise is that people of different temperaments, beliefs and skin tones must learn to work together. The actors here take that rather skeletal mandate and make it gleam. Spock and Bones, stuck in a cave for part of Star Trek Beyond, bicker and spar like disgruntled stepbrothers before realizing, long after we do, that their tendency to overthink everything makes them a match in space-bro Heaven—all of their scenes together are a delight. Pine’s Kirk, solemn and solitary, is always suffering from some existential crisis: this time, he wonders if the drag of day-in, day-out space travel is killing him softly.

But before you can say, Bones-like, “Get over it, Jim!” something about Pine’s brand of somber thoughtfulness stops you. After all, it’s not just the weight of the world Kirk carries on his shoulders— he’s also got lots of strange new worlds to worry about. No wonder he’s anxious all the time. This Star Trek also gives us a parting glimpse of the late Anton Yelchin, who, as Commander Chekhov, doesn’t have much to do this time around but who nonetheless casts a benevolent glow. Yelchin conducted his far- too-brief career with understated nobility: whether the work in question was a Shakespeare adaptation or a summer entertainment, he poured his soul right in. That’s the difference between going gently and boldly going. He made that idea sing. 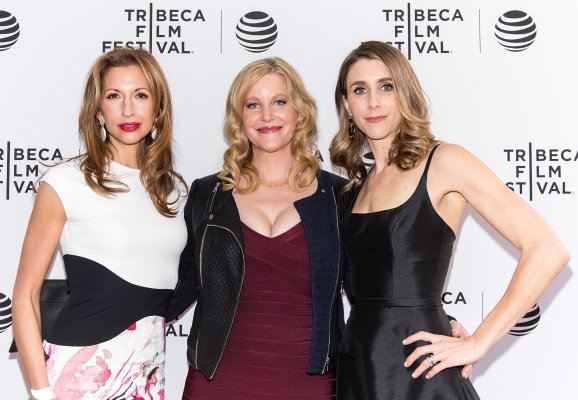 Women of Wall Street Face Off in Exclusive Clip From Equity
Next Up: Editor's Pick