It has been less than a week since Donald Trump chose Indiana Gov. Mike Pence over New Jersey Gov. Chris Christie as his running mate for President, but Christie is not staying in the shadows.

He will deliver prime-time remarks on Tuesday, a day focused on economics. It’s not his first go-round, having given a well-received keynote speech at the 2012 convention for Mitt Romney.

Christie endorsed Trump almost as soon as he suspended his own campaign for the presidency, announcing his support for the real estate mogul in February when Trump was still far from securing the nomination, an endorsement for which he received much criticism.

Despite that, Christie has almost always showed support for Trump, even defending him when he made controversial comments about the judge overseeing a Trump University lawsuit.

He also defended Melania Trump’s speech Monday, noting that it only plagiarized seven percent of Michelle Obama’s speech that she delivered at the 2008 convention.

Christie is perhaps most widely known for being an aggressive political personality and for his staff’s involvement in the Bridgegate scandal, which occurred when his top political aids intentionally caused a major traffic jam in New Jersey’s George Washington Bridge, for which he denied any involvement.

After two terms in office, he is prevented by term limits from running for another term next year. 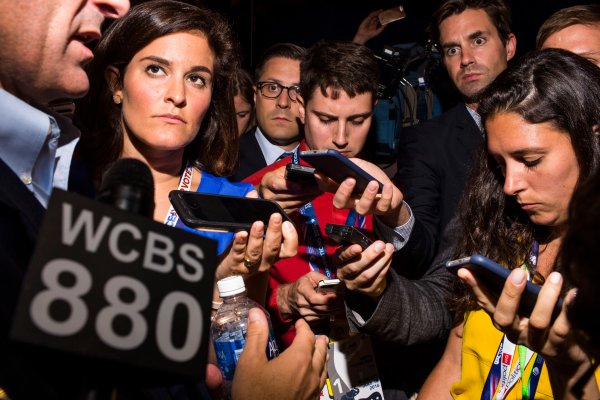 Republican National Convention Ratings Up From 2012 After First Night
Next Up: Editor's Pick