The reason wall-to-wall coverage of true crime stories seems to dominate TV news is arguably thanks to figures like the so-called “Milwaukee cannibal-murderer” Jeffrey Dahmer, who was arrested 25 years ago Friday, on July 22, 1991.

On that day, in his apartment, police found body parts and severed heads in his fridge, freezer, filing cabinet, even in a kettle, which “contained what are thought to be decomposing hands and a male genital organ,” per TIME’s report. He quickly confessed to 11 murders, and later, to the killing and dismembering 17 people between 1978 and 1991. He was sentenced to 15 consecutive life terms in jail, but died in 1994 after fellow inmate Charles Sarver beat him to death.

But, despite the heinous nature of his crimes, his arrest was largely an accident.

The week after it happened, TIME described how the 31-year-old former chocolate-factory worker with a history of alcohol abuse and pedophilia was finally apprehended:

The haphazard nature of Dahmer’s arrest led many to accuse the Milwaukee police of negligence in the case and of failing to properly investigate crimes against minorities.

Dahnmer’s case helped bring the pop-culture obsession with true crime to a new level, based on the record ratings for network TV interviews with Dahmer and talk of book deals for Dahmer’s father and the judge in the case. As TIME summed up the mass appeal of such mass murders, citing Diane Sawyer’s program revisiting the Charles Manson murder case: “Viewers are fascinated with these stories less for the gory crime details than for the peek they provide into the extremes of human psychology. We watch to be reassured these people are monsters, not at all like you and me. And to face the fear that in some basic ways they are exactly like you and me.” 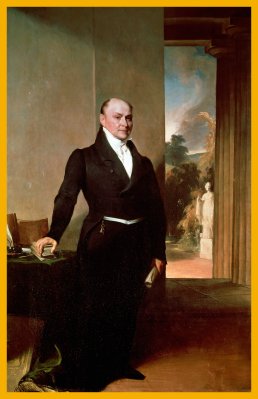 Now You Know: Who Was the First U.S. President to Wear Pants?
Next Up: Editor's Pick