We're About to Live in a World of Economic Hunger Games

Most of the people who’ll tell you unions are dead are business types. Andy Stern, former head of the Service Employees International Union (SEIU), is the rare labor organizer who says the same thing.

His book, Raising the Floor: How A Universal Basic Income Can Renew Our Economy and Rebuild the American Dream, is in many ways a total downer. After losing faith in the ability of unions, which represent only 11 % of American workers today, to effect economic change, Stern went on a five-year quest to better understand how globalization and technology were impacting labor’s declining share of economic power. His conclusion: you can’t fight the machines. Stern lays out tales of just how far the robots have already come–Charles Schwab’s automated financial advisors and humanoid attendants at a Japanese theme park are two memorable examples–as well as where they are going. His take, based on data from McKinsey and others, is that at least 58% of jobs will eventually be automated, meaning that what little bargaining power that labor has now will eventually evaporate all together. Much of the disruption will be driven by the ethos of shareholder “value,” which puts a premium on keeping costs, including labor, as low as possible.

By way of tales about investors, entrepreneurs and workers in the new gig economy, Stern sketches a disturbing story of an economy in which technology will make even cheap developing-world labor obsolete. “This is Vietnam,” he says. “No one can win this war.” All of which will give rise to a society that will be ever more productive except in creating new jobs. We’re already seeing the fall-out in the form of stagnant wages and political populism. But when unemployment levels eventually get much higher–say 20% or so–the consequences will be far more extreme. Without radical change, “we could be looking at an economic version of the Hunger Games,” Stern argues.

Plenty of economist would agree. But Stern rejects the conventional solutions such as education reform being the key to helping people move up the socio-economic ladder or infrastructure projects that put them to work en mass. These, he argues, amount to too little too late. He believes that technology-driven labor market change will simply happen too broadly and too fast. The only way to provide “a dignified way to transition people” to this new economy during the next 15 years or so is to give all American a universal basic income (UBI), something that keeps them out of poverty and ensures social stability. It’s a kind of salve for an economy moving out of the period of mass job disruption and into job creation.

Historically, new technologies have always been a net job creator. But many policy experts and academics now feel that the breadth and depth of the technological changes we face now could take years or even decades to play out. Years or decades of greater social and political turmoil, if early trends continue.

While a policy of UBI was recently rejected in Switzerland, it’s being taken seriously in policy circles in the U.S. In some ways, the successful earned income tax credit plays on this idea by offering income subsidies to the working poor. While a full basic income has never been enacted at a national level by any country, Canada and Finland are planning to experiment with it. Some Silicon Valley big thinkers have also toyed with the idea at a company level.

Stern’s belief is that UBI could help jobless millennials make peace with the new economy and spend more time on leisure activities, as economist John Maynard Keynes famously predicted they might. In his famous “Economic Prospects for Our Grandchildren” speech, written in 1930, Keynes correctly estimated the size of today’s economy, but also predicted that such an increase in wealth would cause people at all parts of the socio-economic to work far less by choice. The history of predicting the end of work is a long, rich one in the 20th century.

Instead, what we ended up with was extreme bifurcation: The wealthiest work the most and reap the majority of the economic rewards, and most everyone else is increasingly under-employed. (For an interesting philosophical and economic musing on why the richest people in society still feel compelled to work the most hours, check out How Much Is Enough, by historian and Keynes biographer Robert Skidelsky and his son Edward.)

Stern’s hope is that millennials faced with this changing world will simply develop a new attitude towards work, placing less importance on paid labor and more on the pursuit of personal interests. While that may work for people in their 20s for a while, it’s hard to see how it plays out when they need to buy a home or educate their kids. And while American millennials certainly have less interest in old-line corporate careers than their parents did, one could argue that this is because the social compact itself has broken down. Perhaps if they had better options, they’d take them. In any case, Stern believes that line of thinking is a dead-end. “I lived in a world where everything was better, but unlike many of my counterparts in the labor movement, I don’t think we can go back to the 20th century,” he says.

The book fails to acknowledge another possibility, namely that the economic disruption it sketches, which will destroy both blue and white-collar jobs, could actually create a bigger, broader labor movement in the long run, perhaps the very long run. A just-released McKinsey Global Institute report shows rising numbers of people with flat or falling incomes in 25 advanced economies—while only 2% of the population in such countries were downwardly mobile between 1993 and 2005, a whopping 70% of households saw their incomes fall in real terms between 2005 and 2014.

Tech-related job disruption will affect all of us. That in itself may provide fresh impetus, and a big new market, for the next generation of labor organizers. 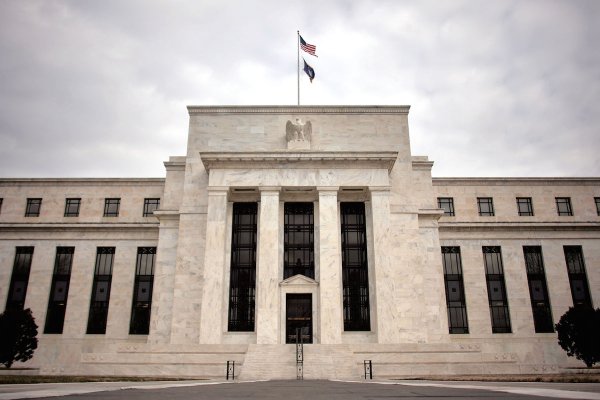 What to Know About the History of the Fed's Beige Book
Next Up: Editor's Pick