“There’s no cribbing of Michelle Obama’s speech. These were common words and values — that she cares about her family, things like that,” Manafort said in an interview with CNN. “I mean, she was speaking in front of 35 million people last night. She knew that. To think that she would be cribbing Michelle Obama’s words is crazy.”

He blamed the widely critical reaction to the speech on presumptive Democratic nominee Hillary Clinton.

“This is once again an example of when a woman threatens Hillary Clinton, how she seeks out to demean her and take her down,” he said. “It’s not going to work.”

Others criticized Melania Trump on social media, with many using the hashtag #FamousMelaniaTrumpQuotes to mockingly attribute the famous words of others to the prospective First Lady. 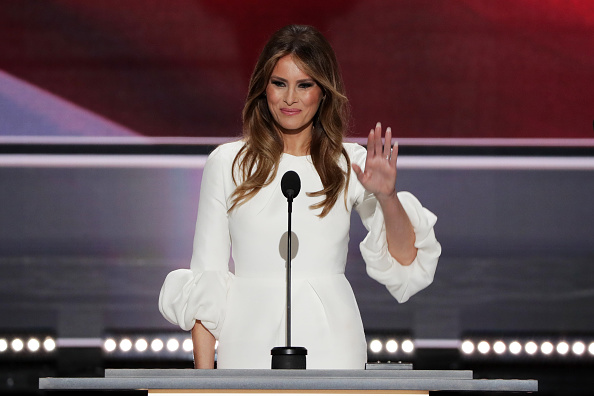 Here's the Subtle Message in Melania Trump's Dress
Next Up: Editor's Pick