For her national debut, Melania Trump chose a chic white dress that had a subtle message behind it.

Speaking at the Republican National Convention about her husband’s presidential campaign, Trump wore a dress from Roksanda currently selling online for $2,190.

The brand is popular with such luminaries as Michelle Obama and Kate Middleton, but it’s also notable because designer Roksanda Ilincic was born in Serbia.

Serbia, of course, was once a part of Yugoslavia, along with Slovenia, where Trump was born—“a small, beautiful and then-communist country in Central Europe,” as she described it in her speech. The two countries have been separate since a series of ethnic conflicts in the 1990s divided Yugoslavia.

Like Trump, Ilincic moved away and now lives in London, where her company is based. In choosing the dress, Trump chose elegance, but also chose to give a shoutout to a designer whose life mirrors her own. 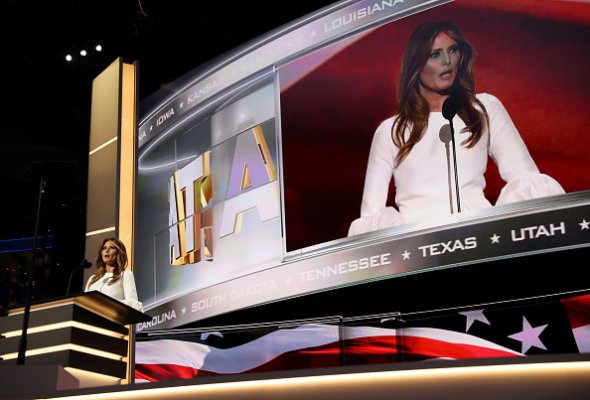 Melania and Michelle's 'Common Words'
Next Up: Editor's Pick