Speaking as a friend of Trump’s for many years, Giuliani said that the real estate mogul had helped out without taking credit.

“This is a man with a big heart,” he said. “Every time New York City suffered a tragedy, Donald Trump was there to help. And he did it anonymously.”

He also drew a parallel with his own efforts as mayor to Trump’s proposals.

“It’s time to make America one again,” he said. “I know it can be done because I did it by changing New York City from “the crime capital of America” to according to the FBI the safest large city in America. What I did for New York City, Donald Trump will do for America.” 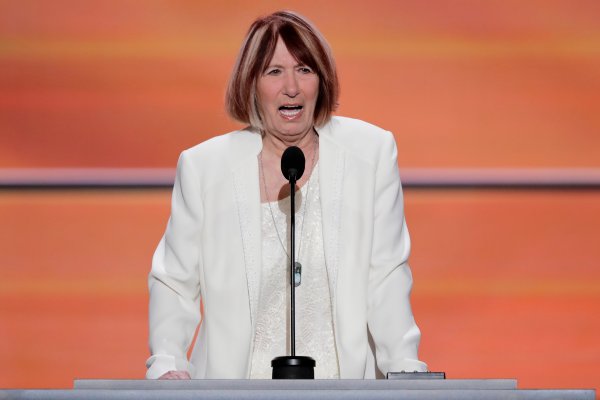 Read the Speech From the Mother of a Benghazi Victim at the GOP Convention
Next Up: Editor's Pick