He-Man and the Masters of the Universe is getting a 21st century revival. The animated superhero show, which spawned a cult following during its early ’80s run, will air with a new episode at San Diego’s Comic Con thanks to the Super7 team.

The cartoon premiered in 1983 and aired until 1985, when a spinoff titled She-Ra: Princess of Power took its place; it was canceled in 1986 after two seasons. He-Man was set on the magical planet of Eternia, which He-Man must protect from the evil Skeletor.

In 1987, Gary Goddard directed a Masters of the Universe film starring Dolph Lundgren as He-Man and Frank Langella as Skeletor. The movie was considered both a critical and commercial failure, receiving poor reviews and grossing only $17.3 million. Cartoon Network remade the series for television in 2002. It was developed by He-Mancreator Michael Halperin and brought back several of the original writers, but featured a new voice cast.

A live-action iteration is currently in development. McG, the director best known for the Charlie’s Angels films and executive producing shows like The O.C. and Supernatural, is in talks to helm the project. In late June, Kellen Lutz ignited social media after tweeting about “an amazing meeting” with McG and producer Mary Viola. He wrote that the film “is in great hands,” suggesting he may be in talks to star. No casting information has been announced.

The new episode, titled “The Curse of the Three Terrors,” will air Wednesday at Comic-Con. Watch the trailer above. 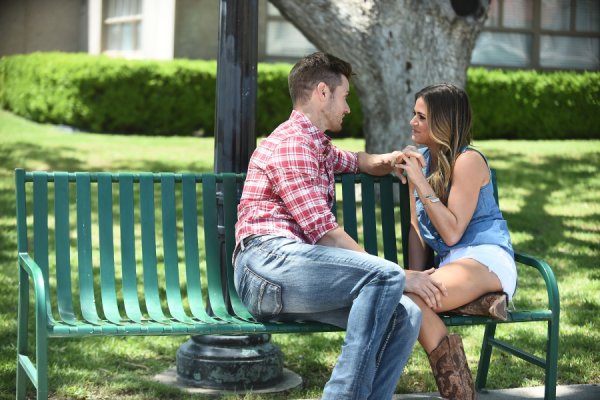 The Bachelorette Watch: Hometown Dates
Next Up: Editor's Pick