Don't Expect Details From Donald Trump at the Republican Convention

After an attacker killed 84 people in France, and an attempted coup upended Turkey, national security will rightly be a huge focus of the Republican convention this week.

Donald Trump’s campaign billed the opening night of the convention as all about national security, and Trump strategist Paul Manafort said Trump’s convention speech was modeled on Richard Nixon’s 1968 “law and order” address. The implication is that Monday night will focus on fear more than actual solutions to domestic or national security crises.

Don’t expect to learn more about where Trump stands on the coup in Turkey, which he briefly addressed while introducing Indiana Gov. Mike Pence as his vice-presidential pick. Blaming the failed coup on Hillary Clinton and President Obama, Trump offered vague condolences—“We wish the people well”—to either the people of Turkey, its President Recep Tayyip Erdoğan, or the attempted usurpers, demonstrating he really had no idea where he stood on it and felt no pressure to give specifics on a raging foreign policy crisis.

To start, personalities like Duck Dynasty’s Willie Robertson, actor Scott Baio, and Antonio Sabato Jr. will burnish their national security credentials alongside speakers “Lone Survivor” Navy SEAL Marcus Luttrell and members of the Benghazi security annex team. Grieving parents of children who passed away in car accidents with undocumented immigrants, as border patrol agents, or at war will also address the convention.

In an interview Monday afternoon with Yahoo’s Michael Isikoff, Flynn deflected questions on payment related to his visit last fall to Russia, where he sat next to President Vladimir Putin at a celebration of the Russian propaganda channel RT. Flynn justified Trump’s admiration of Putin, saying Trump “respects people who are selfish about their country. Putin is a guy who is very selfish about Russia and about the Russian federation, and he understands the history of his country.”

Perhaps Flynn will use the platform to launch a pointed critique on Clinton’s advocacy of the war in Libya, of which Flynn has said: “You look at Libya, and you go, ‘Jesus, why the hell did we do that?’” 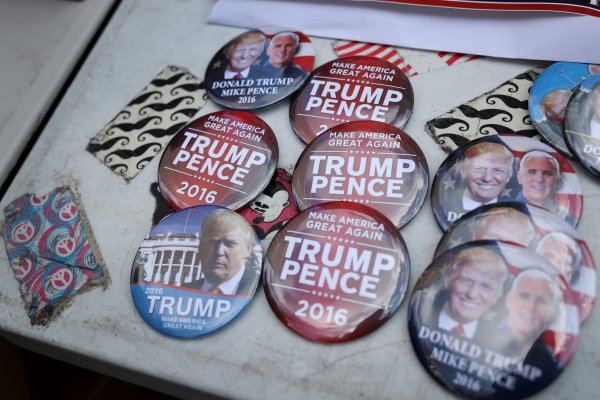 GOP's Support of Conversion Therapy Is a 'Death Sentence'
Next Up: Editor's Pick