“We talked it out for 2.5 hours and I thought that Pence was the right choice given where we are and what needs to get accomplished,” Gingrich told TIME at the Westin Hotel in Cleveland, where Trump and his entourage are staying during the convention.

Gingrich said he was far from disappointed and believed that Trump made a decision that will help unite the party. His remarks came minutes before a divisive fight on the convention floor a few blocks away where #NeverTrump Republicans tried to force a vote to change the rules and unbind the delegates.

“People who are bad losers and who want the right to slug it out that’s their right it’s a free country,” Gingrich mused, while predicting correctly that the move would fail. “Donald Trump is a unique character in his own right. He got more votes than any Republican in history; he carried 37 state primaries. Normally, that’s called winning.”

Gingrich called the party “semi-united.” “The party will be united by September. Hillary will do a lot to unite us,” he said. “Just watching Hillary, watching what she stands for, she gradually drives people back home.”

Gingrich predicted that Republicans will also realize what’s at stake in the election. 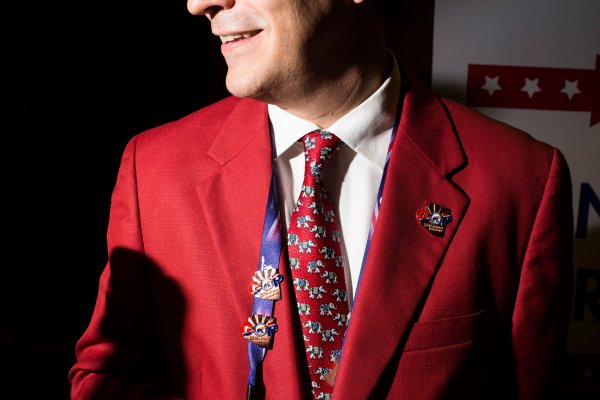