The Rock is on a roll.

The movie and TV star (see: Central Intelligence, HBO’s Ballers) finally made his move onto YouTube official, releasing the first video on his brand-new channel on Monday. He teased the channel this spring, but it’s only now that we’re getting a peek at the kind of content we can expect from the larger-than-life celebrity.

In the video, entitled “The YouTube Factory,” The Rock takes a trip to a secret YouTube content production lair beneath an island volcano. Guided by YouTube star Lilly Singh, the two check in on a number of production rooms within the facility: a cat room, a Rock impersonator room, a beauty video tutorial salon. Other big names in YouTube success make cameos, like Gigi Gorgeous, Grace Helbig and Alex Wassabi.

“Who knew that there was so much fresh, innovative, non-pornographic material online? It’s crazy,” The Rock explains by way of intro to his latest project.

“Dude, you just created what could potentially be the biggest channel on YouTube,” Singh tells him.

If you’re hungry for more Rock videos, there’s also a brainstorming session with Lilly Singh to dig into. But it looks like he’s just getting started with his foray into short-form Internet video, so there should soon be much more to watch. 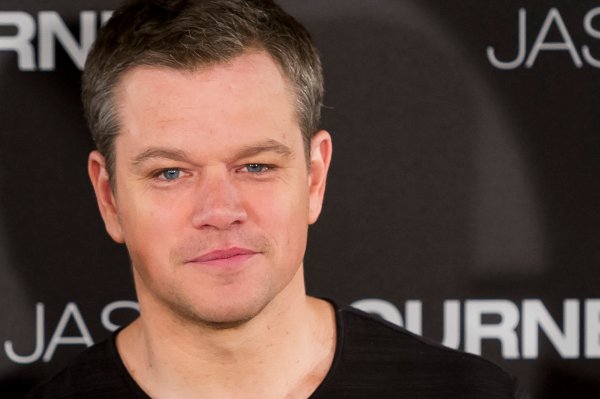 Matt Damon's Many Celebrity BFFs Kind of Hate How Perfect He Is
Next Up: Editor's Pick