Although Walking Dead fans still have three months to go before they find out who Negan beat to death with his barbed wire-covered baseball bat Lucille in the closing moments of the season six finale, a few people have already seen which character met their grizzly end.

In a recent interview with ComicBook.com, executive producer Greg Nicotero revealed that new directors for season seven have been allowed to see the scene — and have found it disturbing. “Some of the incoming directors, when they come in, they read all the scripts,” he said. “As the cuts are available, we want them to see because we want them to get a flavor for what we’re doing visually. A couple of people have seen it and then they stand next to me for about 24 hours going, ‘F—k!’ And I’m like, ‘What?'”

Nicotero went on to say that the sequence has made viewers very emotional. “People cry, which makes me happy and sad at the same time.”

A new trailer for the upcoming season of The Walking Dead is set to premiere Friday during the AMC drama’s panel at San Diego Comic-Con. 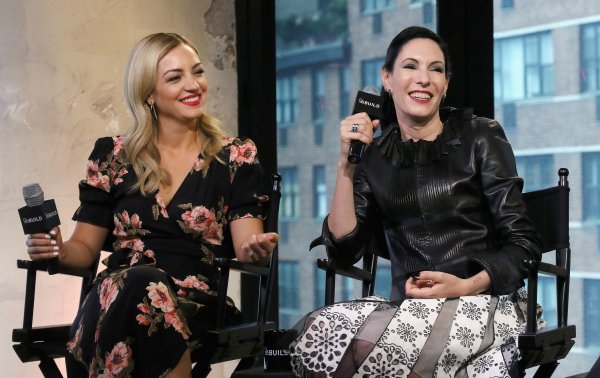 Review: Odd Mom Out Is a Tough, Refreshing Summer Satire
Next Up: Editor's Pick