The second trailer for The Girl on the Train was released Monday, and offered viewers a more in-depth look at the murder mystery in which Emily Blunt’s character finds herself embroiled in the psychological thriller.

Adapted from Paula Hawkins’s 2015 novel of the same name, the film stars Blunt as Rachel Watson, an alcoholic divorcee who witnesses something strange happen on the night that a woman she sees every day from the window of her commuter train — Megan Hipwell (Haley Bennett) — is murdered.

In a January interview with Deadline, Blunt refereed to the role as, “the most challenging thing I’ve ever done,” adding that she was intrigued by her character’s flaws.

“For me it’s more about the portrayal of very damaged women,” she said. “I just love that it’s about addiction and loneliness and voyeurism and what we think we see and don’t see. I think it’s very relatable. We’ve all ridden the train to work and wondered about the lives of the people on the train, and I think that people relate to that.”

The Girl on the Train hits theaters Oct. 7. 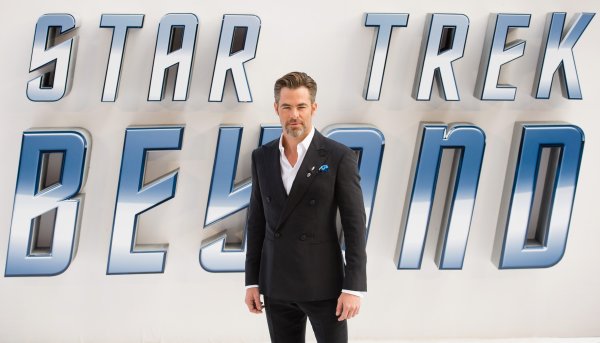 Chris Hemsworth Returning for Another Star Trek Movie
Next Up: Editor's Pick