Chris Hemsworth Is Coming Back for Yet Another Star Trek Movie

The rebooted Star Trek franchise will return to the the big screen for a fourth installment, Paramount Pictures said Monday.

In the next movie, Captain James T. Kirk (Chris Pine) will cross paths with his father George Kirk (Chris Hemsworth), whose legacy has haunted him since birth, according to The Hollywood Reporter. George Kirk sacrificed his life to save his wife and son in 2009’s Star Trek.

The announcement came with the franchise’s third installment, Star Trek: Beyond, set to open in theaters on Friday.

Hemsworth, who appeared in 2009’s Star Trek, will return to the new movie. The remaining cast is also expected to return, except Anton Yelchin, who passed away last month. No director or release date has been set for the movie. 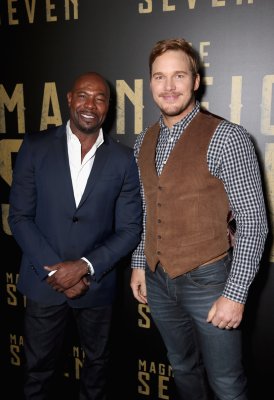 Chris Pratt Achieves Dream of Blowing Stuff Up in Trailer for The Magnificent Seven
Next Up: Editor's Pick