What the 'First Black Woman' Librarian of Congress Means

Carla Hayden, in an April 2015 file image, is confirmed by the Senate on Wednesday, July 13, 2016, to head the Library of Congress.
Baltimore Sun—TNS via Getty Images
Ideas
By Angela Ards

Ards is Associate Professor of English at Southern Methodist University

The Senate confirmed Carla D. Hayden as the 14th Librarian of Congress last week. She is being hailed as “the first woman and the first African American” to hold the position.

In our cultural discourse around firsts, “woman” usually means white woman, the largest recipients of affirmative action in the American workplace; “African American” signifies “black man,” whose accomplishments and concerns often define those of the race. That a black woman has achieved a first when she is often the very last represents progress for all people, of any color.

The moment’s true milestone is that she is the first person, period, other than a white man to ever hold the post in its 214-year history.

When President Obama nominated Hayden back in February, he noted that someone of her background brought “long overdue” changes to Library leadership.

Hans von Spakovsky, a senior fellow at the Heritage Foundation, took exception to the president’s attempt at inclusion, deriding the nomination as “political correctness” seeking “to push the nation backwards to a past where race and gender were dominating considerations in employment, academia, politics, and culture.”

If there has been a “dominating consideration” in terms of race and gender at the Library of Congress, it has been to be white and male, as the 13 other preceding heads have been.

Those predecessors have also been scholars and historians, while Hayden is a career librarian, starting out first in Pittsburgh and Chicago and, since 1993, serving as CEO of the Enoch Pratt Free Library in Baltimore. Despite racist accusations of being an “unqualified” quota hire lacking in scholarly credentials, Hayden has a doctorate in library science from the University of Chicago and has served as President of the American Library Association.

But what landed her the nomination is her tech savvy and track record in rethinking the role of libraries in the digital age. Under the 28-year tenure of her predecessor, James H. Billington—a Rhodes scholar who has authored five books and several journal articles—the Library failed to keep pace with current technological innovations. For instance, deep in the second decade of the 21st century, the Library has yet to digitize its 162 million books, recordings, maps and other documents.

As head of the historic 22-branch Enoch Pratt system, Hayden has increased the number of computers available to the public, expanded broadband service and the e-book collection, and included a new robotics lab for teens in the central-library renovation plans.

Whether it’s because of her background or her training, Hayden also brings a sense of public engagement rarely seen at the Library. After 9/11, she tangled openly with then-Attorney General John Ashcroft over the Patriot Act and its implications for civil liberties, and she has advocated for privacy rights, even to the point of opposing laws designed to prevent children from accessing pornography in libraries.

Her vision for the role libraries play within our democracy made this usually nonpolitical post the target of an obstruction campaign. And the final confirmation vote of 74 to 18 reflected partisan Republican opposition. For Hayden, libraries are not simply depositories of knowledge and information, but communal spaces where people can congregate and converse, tell their stories and craft shared social visions.

It is fitting that a black woman presides over this new day at the Library of Congress. Even as we know Obama’s presidency never ushered in a post-racial America, as he prepares to leave office, we must move forward in the work of achieving “a more perfect union.”

Celebrating “first”s in 2016 may feel like a sad reminder of how far we still need to go, but it is also, frankly, yet a point of pride for marginalized communities. Hayden now joins an illustrious sisterhood who have helped the nation fulfill its ideals of inclusion and equality. These include Ruth Simmons, a daughter of East Texas sharecroppers who climbed the ranks of academia before becoming the first black president of an Ivy League institution and Brown University’s first woman president; the late, great Barbara Jordan, who was elected president pro tempore of the Texas State Senate, making her the first black woman in America to preside over a legislative body; Lani Guiner, the first woman of color tenured at Harvard Law School; and Joycelyn Elders, our first black woman U. S. Surgeon General.

To be sure, a black woman “first” doesn’t necessarily score a win for progressives. Last year, the Senate confirmed Loretta Lynch as the 83rd Attorney General of the U.S., making her the first African American woman to hold that office, but she declined to bring charges against Officer Darren Wilson in the August 2014 death of Michael Brown.

But it’s a win for the country to align our optics with our inclusive ideals. Now, let’s see if we can get our first black woman on the Supreme Court. 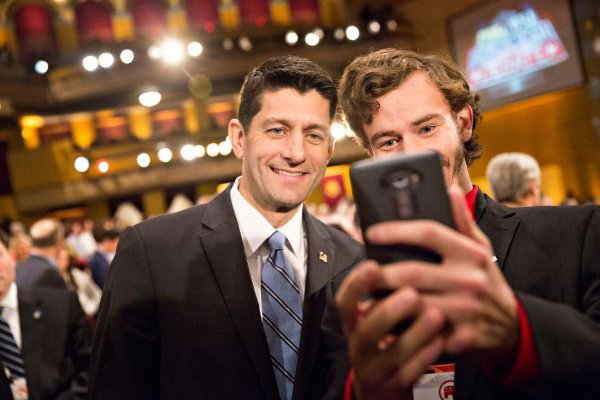