It might be Monday, but petty waits for no one. After Kim Kardashian revealed footage on Snapchat of Kanye West appearing to talk on the phone with Taylor Swift about “Famous,” social media users have been buzzing about the feud of the century and Kim and Taylor’s equally famous peeps are no exception. Here’s a breakdown of who’s Team Kim, Team Taylor and who’s here just to spill the tea.

Team Taylor: Taylor Swift’s brand has always thrived on her very large, very famous “squad” of celeb friends and lovers, so it comes as no surprise that many of them put in their two cents about last night’s drama.

Meanwhile, model Martha Hunt chimed in with a similar message.

Team Kim: As Khloé Kardashian and Don Corleone always say, “Never go against the family.” This certainly rings true for Kimmy, whose family (well, Khloé) came out in full force on their social channels to support their sister.

Team Anyone-But-Kim: Chloe Grace Moretz beefed with Kardashian West earlier this year over Kim’s notorious naked “Selfie-gate,” so while she has maintained that she doesn’t want to be a part of T. Swift’s squad, she made it clear she’s not here for Kim’s tea.

Chloe’s tweets didn’t sit well with Khloé, who decided to clap back with a slut-shaming (not to mention misidentified) photo, creating a sub-feud between Chloe and Khloé.

Team Chloe: Team Chloe was formed in response to Khloé Kardashian’s controversial clapback tweet by Ruby Rose, who is aligned with Team Taylor (or at least one would assume, given her appearance at this year’s annual Taymerica party.)

Team Khloé: Two can play the game, so Kourtney Kardashian showed her support for sister Khloé in the aftermath of Ruby Rose’s defense of Moretz; she also graciously offered prayers for everyone.

Team Peace and Love: Sometimes peace and love can come from the most unlikely of places, as proven by Justin Bieber’s uncharacteristically zen Instagram post.

Oh, what a tangled web we weave. 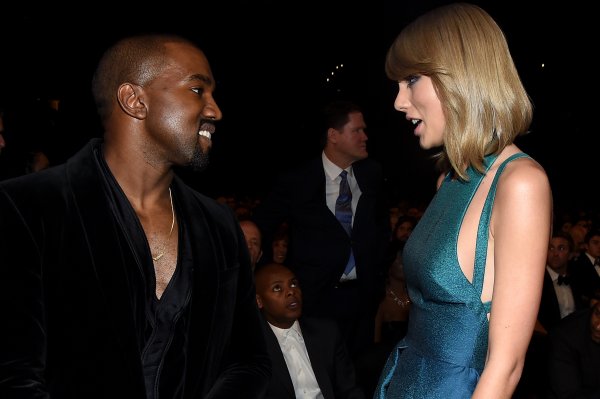 Read the Full Transcript of Kanye West's Phone Call with Taylor Swift
Next Up: Editor's Pick