The Nov. 28, 2011, cover of the Europe edition of TIME
Cover Credit: PHOTOGRAPH BY MARCO GROB FOR TIME
By Lily Rothman

As Turkish leaders assert their authority in the wake of an attempted coup on Friday, President Recep Tayyip Erdogan is working to convince the world that he maintains control over the nation. For Erdogan, that control has been hard won.

In 2002, shortly after his AKP party won a wide majority in the Turkish parliament, TIME profiled the leader then dubbed “Turkey’s mystery man,” examining how he had first come to national prominence:

And by the next year, he had in fact become Prime Minister: the rule that kept him from power had been changed. That would not be the last time that Turkey changed to accommodate a greater role for the politician. In 2010, for example, Erdogan’s party won a referendum that, as TIME put it, was “designed to curb the outsize political influence of the Turkish military and judiciary.” In 2011, the party won its third consecutive major parliamentary victory. He personally told TIME that he was “still determined” for Turkey to join the E.U., and the magazine’s Bobby Ghosh noted that Erdogan couldn’t “help smiling at the irony that his country, once described as ‘the sick man of Europe,’ is now economically ascendant, while many members of the club that won’t admit him are all but bankrupt.” Later that year, polls found that, in the wake of the Arab Spring, he was seen as having led his country to “having played the most constructive role in Arab events.” In 2013, he helped organize significant diplomatic victories in Turkey’s relationships with Israel and with Kurdish rebels.

Even so, he had his detractors: “He has, it is true, also displayed an autocratic streak, running roughshod over political rivals, tossing enemies into jail and intimidating the media,” TIME reported in a 2011 profile. “Critics say Erdogan‘s government is censoring the Internet, muzzling regulators and interfering in academic institutions. But to his admirers, these failings pale against his successes. Democratic, economically ascendant and internationally admired: as political templates go, Turkey’s is pretty irresistible to people shaking off decades of authoritarian, impoverishing rule—and to Westerners worried about what those people might do next.” And in 2013, his “heavy-handed” response to protesters in Istanbul’s Taksim Square drew the world’s attention to those people in Turkey who wanted a new leader.

In 2014, after three terms as Prime Minister—the limit, under party rules—he was elected President, a change that signaled a shift in power in the Turkish government. Though Presidents had been selected by Parliament and held little real power in the past, Erdogan was elected directly by the people and quickly showed signs that he intended to play a larger role than past Presidents had.

In 2015, after what looked like it might be a slip in power, AKP surprised some observers with another landslide victory, and—despite the latest attempt by Turkey’s army to change things—it now seems that Erdogan’s power will continue through at least one more trial. 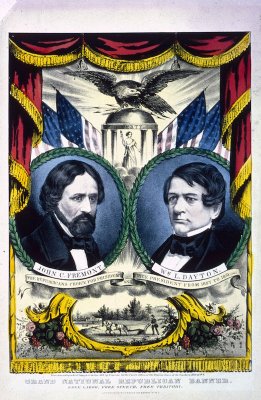 Read the First-Ever Republican Party Platform
Next Up: Editor's Pick