Did Kanye West and Kim Kardashian Break the Law by Recording Taylor Swift?

Kim Kardashian West posted a series of videos to Snapchat on Sunday that appeared to show her husband Kanye West during a phone call with Taylor Swift, discussing lyrics referring to Swift in his song “Famous.” It was the latest salvo in a disagreement over whether Swift consented to a line in the song that West “made that b–ch famous.” But it also raised serious legal questions, a privacy law expert said.

Following the song’s release in February, Swift’s representative issued a statement disapproving of the track to E! news, and Swift maintains that, despite West’s insistence to the contrary, she didn’t have enough information to give the song her blessing. On Instagram Monday, Swift responded to Kardashian West’s videos by lamenting, “that moment when Kanye West secretly records your phone call, then Kim posts it on the internet.” During a recent interview with GQ, Kardashian West said her husband “commissions videographers to film everything when he’s recording an album.”

In an interview with TIME, privacy law expert Ari Ezra Waldman, an associate professor at New York Law School, said the incident raises two distinct legal issues. The first is whether the call was placed from or received in a state that requires both parties to consent to being recorded. The second is whether Kardashian West violated Swift’s right to privacy by publicizing a phone call she may have believed to be private.

California, where West lives and Swift often visits, is one of the 11 U.S. states that require the consent of each party on a call in order for a recording to be legal. (Swift has homes in multiple states, including Tennessee, New York and Rhode Island.) The federal Wiretap Act prohibits the interception of “wire” communications, which includes phone calls. Federal and state law differs when it comes to publicizing and recording phone conversations: Federal law only requires consent from one party for the taping of a conversation to be legal. But no judicial precedents have settled whether state law or federal law takes precedence during interstate phone conversations.

“When the two people are in different states, it’s hard to know whether federal or state law will apply,” Waldman said. “There’s no case that says federal wiretapping is always going to overrule, so we don’t know what the exact answer is going to be.”

“You have to get the consent of all the parties involved,” Waldman said. “You can’t just have one party consent to the recording of the phone call. Publicizing it on social media is invasion of privacy, so therefore, Taylor could claim that publicizing it on social media was invasion. Swift’s attorney would argue that she has a reasonable expectation of privacy on a private phone call.”

If West could produce proof that Swift consented to the recording, then Swift’s case would weaken, according to Waldman.

“If he got Taylor’s consent to record the phone call, then there’s no violation of the Wiretapping Act,” he said. “Taylor could still make a claim, but if she gave consent for the recording, that would go against her argument that she had a reasonable expectation of privacy.” 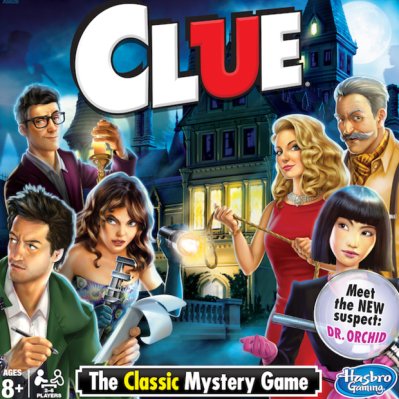 The Classic Game of Clue Is Getting a 2016 Makeover
Next Up: Editor's Pick