Turkey’s former Air Force Commander General Akın Oztürk is among the roughly 6,000 people who have been arrested within the country in the aftermath of last week’s attempted coup, and the high-ranking military officer is thought to be one of the masterminds behind the attempted takeover, according to three Turkish state officials. Turkey’s state-run news media reported Monday that Oztürk has confessed to involvement with the coup. Here’s what else we know so far about the general and his arrest:

Öztürk served as Commander of Turkey’s Air Force from 2013 to 2015, and was still on active duty at the time of the coup as a member of Turkey’s High Military Council (YAS), which oversees the country’s military. The military leader was due to retire in August at the next YAS meeting. He was born in 1952, according to his profile on the military’s website. From 1996 to 1998, he served as a military liaison in Israel.

How is he being blamed for the coup?

The Turkish government has blamed followers of Fetullah Gülen, an exiled, U.S.-based cleric, for the uprising — and if Turkish officials are calling Oztürk the ringleader, they are linking him to that plot. The so-called Gülen Movement (or Hizmet) calls for a more secular democracy in Turkey and calls for an open, moderate version of Sunni Islam. Gülen said in a statement that he had no part in organizing the coup.

For his part, Oztürk at first denied any involvement with the coup in statements to Turkish media before he was detained, insisting he instead sided against the military and tried to combat the coup on behalf of the government. Then, the state news agency reported he confessed to playing a part in the coup on Monday.

What will happen to Oztürk now?

Images of Oztürk in custody, wearing handcuffs and bearing physical injuries, surfaced on Sunday. He reportedly went to court on Monday, along with 26 other generals and admirals.

Prosecutors say they will charge and try Oztürk for treason. Turkish President Recep Tayyip Erdogan has indicated that the penalty for those found guilty will be severe, as he intends to “clean the virus” of dissent from within the state bodies. Over 6,000 have been detained since Friday, and Erdogan has insinuated that he is considering reinstating the country’s death penalty in time for trials of the opposition. 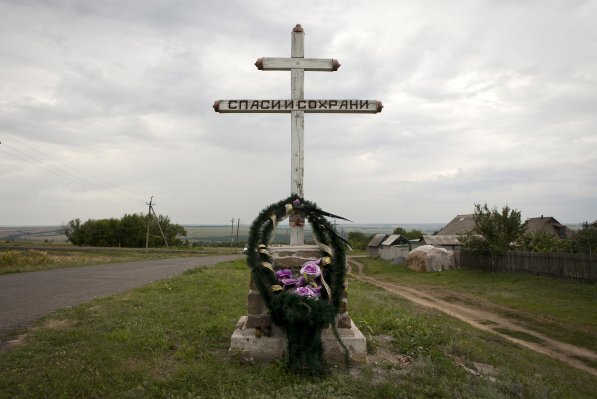 Two Years After MH 17 Crash, Settlement Is Reached
Next Up: Editor's Pick