Comedian Stephen Colbert tapes a segment on the floor of the Republican National Convention for CBS's "The Late Show with Stephen Colbert" at the Quicken Loans Arena in Cleveland on July 17, 2016.
Win McNamee—Getty Images
By Melissa Chan

Stephen Colbert appeared to briefly crash the stage at the Republican National Convention to mock the GOP, in a short skit that compared the political convention in Cleveland to the Hunger Games.

The Late Show host, in a video posted on YouTube, can be seen dressed as fictional Hunger Games host Caesar Flickerman as he stands before a podium “to hereby launch and begin the 2016 Republican hungry for power games.” It’s not clear whether Colbert was sanctioned to film a skit at the event, or if he was genuinely invading the stage.

Wearing a blue wig, he banged a gavel before a man resembling a security official arrived to escort him off the stage.

“I know I’m not supposed to be up here,” Colbert can be heard saying, “but let’s be honest, neither is Donald Trump.” 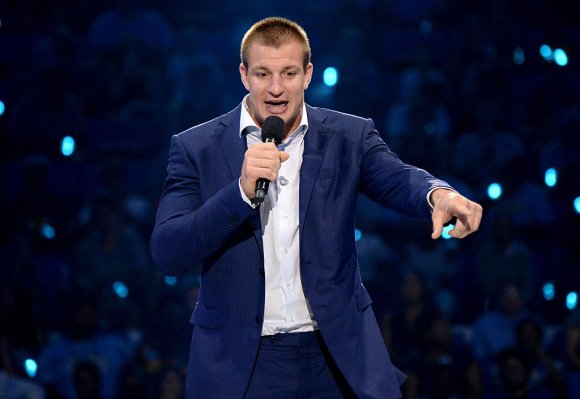 'Gronk' Becomes Honorary Beatle for a Night with Paul McCartney
Next Up: Editor's Pick