Evan Rachel Wood is taking on one of her most powerful roles to date.

She’s playing Eva in Into the Forest (out July 29), an intimate apocalyptic drama based on Jean Hegland’s feminist novel of the same name. Stuck in a house with no power, two teen sisters Eva and Nell (Ellen Page) cling to each other for survival; in the film’s most harrowing sequence, Eva is sexually assaulted.

For Wood, mastering the role of Eva took fierce commitment. The actor screamed so hard that the capillaries in her eyes burst while she was shooting the assault scene, and she ate poker-chip sized portions of lettuce and chickpeas to get a sense of Eva’s hunger. As Wood tells TIME, “I really wanted to feel what the girls were feeling.”

The film suggests that strength triumphs over all, even in the sort of post-apocalyptic landscape where a girl has to carry a rifle just to pick berries. Characters with emotional depths like this are rare in an industry that still banks on stereotypical portrayals of women. A feature film starring two LGBT leads is even rarer; just last month, Wood created a confessional video to spotlight issues facing the bisexual community, while Page has been a powerful advocate in the fight for LGBT equality.

Wood spoke to TIME about her film and why the future of women in film is in the next generation’s hands.

TIME: Your character, Eva, doesn’t always speak up about what she’s going through. It makes me wonder how you reveal the emotion as an actor.
Evan Rachel Wood: Exactly—she internalizes a lot. If you know me, I’m the opposite. I’m loud and clumsy, and I talk a lot. I admire the quiet ones in the corner who are paying the most attention. I tried to be deeper and quieter. Even if I wasn’t saying anything in a scene, I was always trying to communicate with movement.

In the beginning, I thought I had you pegged as the mother figure, but you two go back and forth with that role. How does that affect your work relationship?
We were each other’s rocks, taking care of each other just like you said in the film. I just got extremely protective when Ellen was in any kind of peril. Once, I got so angry with the crew, Ellen was there shivering and shaking, and things were taking too long, and I felt primal about it. I was like, ‘Guys, come on!’ I jumped on her and held her. We were really in it.

You’ve talked openly about your bisexuality. Do you feel a sense of responsibility to discuss LGBTQ issues?
I advocate for things that I’ve struggled with because that’s how I can do the most good. Once I broke through barriers, it was like I took the red pill to get out of The Matrix. It made me want to speak out, because I don’t want anybody to feel like I did. I’m happy and successful, but I’ve gone through a lot of sh-t, so I just feel lucky I have a way to say, ‘Here’s how I did it, and I hope this helps.’

It’s unusual to have so many out women—you, your co-star Page and your director Patricia Rozmena—involved in one film. Did you bond over that?
Absolutely – that was one thing that made Ellen and I comfortable with each other. But it was just a coincidence that all three women are out – we never viewed it as an LGBT film. We’ve struggled with similar things as well-known actresses. Ellen and I became friends right before she made her speech, and I was just about to get divorced. After that, she just relaxed and opened up.

There’s a scene in the film when your character is sexually assaulted that must have been emotionally taxing.
I was nervous the whole time leading up to it. I had to convince my body and mind that it really was happening. We did it in one take and the capillaries in my eyes burst from screaming. After Ellen held me, and that was it. I gave a speech to the crew about not staying silent and speaking up. I don’t think you can throw a stone without hitting a woman that’s been sexually assaulted or sexually harassed.

What do you think people are missing about sexual assault right now?
That it’s a lifelong thing. Once you’ve been violated, you’re never the same. It creeps into your life in so many debilitating ways. You can’t measure the crime or the pain based on the minutes that it happened. That is the quickest and easiest part, it’s the lifetime of confusion and pain that’s the most damaging. I’m a little tired of caring about abusers’ lives. They say, ‘his life is ruined forever and the girl’s has only been ruined for 15 minutes, well they shouldn’t have to suffer for their whole lives,’ and that’s f—ing unfair and backwards. Ask any psychologist or woman and the resounding answer is, that’s bulls—-.

What have you experienced?
I think there’s been an array of harassment and abuse in some form or another. I’ve experienced a bit of everything on the spectrum—the verbal, physical, and psychological. Unfortunately, that’s something most women know.

While the circumstances are so different, you and Ellen have both played strong characters who go through with unplanned pregnancies. Any fear that people might misinterpret your character’s decision to have her baby as preachy in any way?
I don’t think either of those films [Juno] were taking a stance on pro-choice or pro-life. They were just honest portrayals of women when given that responsibility to make decisions, and I think we both played two strong independent women who just happened to choose that way. I actually added the line “I don’t think I can lose anything else,” because I was wondering what people would think about Eva keeping it, if they were thinking we were trying to send some sort of message.

People aren’t used to seeing a quiet post-apocalyptic movie like this. Did you intend for it to play as a wake-up call?
Yes—I think it’s important to see what it would actually be like without the zombies and laser guns. We take a lot for granted and we’re so disconnected from our environments, and each other, which is the essential part of being. I hope that’s what people take it away from it.

How does getting to do such raw portraits of two women in a movie like this affect your standards for the future?
It’s hard after working on something like Into the Forest, because the roles are so few and far between. It’s hard to go back to the other thing. I’m at a point where I’m lucky. This new show I’m on Westworld is really revolutionary for women, but I definitely feel nervous because it’s such a dream role.

People are naturally eager to say this is a movie about strong women, which is a label you seem to resist. What should films about women illuminate?
Into the Forest showed every side of women—their ability to be incredibly strong and fierce mothers and warriors, but they have vulnerability and are so fragile at the same time. I’d like to see the amazing dichotomy, instead of the stereotype of being complicated, crazy or emotional. It’s really incredible the range that women are capable of, so instead of writing them off as emotional or crazy, let’s delve into why they are and give women more of a chance to play intelligent, strong characters. We never give credit for what women go through.

Do you think conditions are improving for women in film?
Seeing this film get made after Ellen read this book was really inspiring. We’re going to have to start doing things ourselves. There’s a new generation coming up right now that’s going to change things. If the roles aren’t coming, you have to take matters in your own hands. 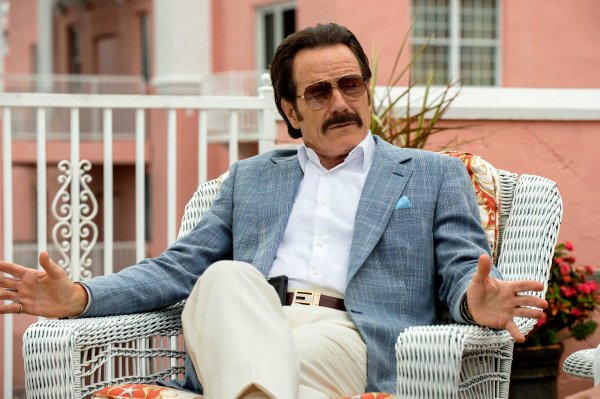