Peter Thiel, co-founder of PayPal Inc., speaks during a forum themed on entrepreneurship and investment at China National Convention Center on February 27, 2015 in Beijing, China.
VCG—VCG via Getty Images

Silicon Valley entrepreneur Peter Thiel will be a rare openly gay person to speak at a Republican National Convention, but Donald Trump’s campaign downplayed any significance.

Speaking at a press conference before the convention opens, Trump’s convention manager, Paul Manafort, said that Thiel was invited to speak simply because he’s a friend of Trump who can speak credibly about business.

“He’ll be talking about Donald Trump the man he knows and as a successful entrepreneur,” Manafort said.

“People are going to be speaking at this convention based on what they want to say, not on any particular sexual preference or things like that, so I don’t think that’s the basis for why he’s on the program,” he added.

The Republican platform approved last week by a committee includes provisions opposing same-sex marriage and transgender protections pushed by the Obama Administration and embracing the controversial practice of conversion therapy.

But Manafort cited Republican National Committee chair Reince Priebus in arguing that the GOP is “an open-tent party” in which people with different views could come together.

Thiel is one of the cofounders of PayPal and the first outside investor in Facebook. He is known for libertarian views on politics and donated to Carly Fiorina’s super PAC before backing Trump.

Correction: An earlier version of this post misstated the number of openly gay speakers at Republican conventions. Thiel is the third. 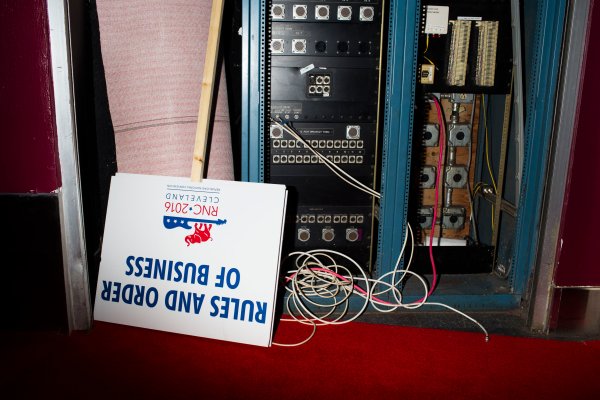 Why We Don't Know Who's Funding the Republican Convention
Next Up: Editor's Pick