President Barack Obama on Sunday condemned “in the strongest sense of the word” the attack in Baton Rouge that left three police officers dead and another three wounded, calling the assault the “work of cowards.”

The president said he has offered his “full support” to federal and local authorities as they investigate what prompted the killings about a half mile from Baton Rouge police headquarters. At least one suspect was killed in a shootout with authorities just before 9 a.m. on Airline Highway, authorities said.

“For the second time in two weeks, police officers who put their lives on the line for ours every day were doing their job when they were killed in a cowardly and reprehensible assault,” Obama said in a statement. “These are attacks on public servants, on the rule of law, and on civilized society, and they have to stop.”

“There is no justification for violence against law enforcement. None,” he added. “These attacks are the work of cowards who speak for no one. They right no wrongs. They advance no causes.”

It’s unclear if the suspect targeted police officers or if the officers were shot dead while responding to a call about a man carrying a rifle and walking around the area, dressed in all black. Baton Rouge Police Department officers exchanged in gunfire with the suspect after spotting him a nearby convenience store. The suspect, whose identity has not yet been released, was shot dead at the scene, Edmonson said.

Obama, speaking at a news conference, later said regardless of the suspect’s motive, the latest incident “underscores the danger that police across the country confront every single day.”

“Nothing justifies violence against law enforcement,” Obama said. “Justice will be done.”

“I know whenever this happens, wherever this happens, you feel it. Your families feel it,” he added before mentioning that he only days ago traveled to Dallas for the memorial services of the officers slain in the Texas city.

“I said that killer would not be the last person who tries to make us turn on each other, nor will today’s killer. It is up to us to make sure they fail,” Obama said.

The president also condemned “inflammatory rhetoric” that he said worsens situations. “We need to temper our words and open our hearts. All of us,” he said. “We need what we saw in Dallas this week as a community came together to restore order. Only we can prove, through words and through deeds, that we can’t be divided.”

Dallas Mayor Mike Rawlings joined Obama and several notable political figures in mourning the deaths of the Baton Rouge officers. “Reports out of Baton Rouge this morning of three officers killed and others wounded are deeply disturbing. This must stop,” Rawlings said in a statement. “Violence against our police officers under any circumstances is not acceptable and poses a grave threat to all of us. Those peacefully protesting police across the country must swiftly condemn this type of violence against law enforcement.”

Presumptive Republican presidential nominee Donald Trump also weighed in, demanding “law and order.” “We grieve for the officers killed in Baton Rouge today,” Trump wrote on Twitter. “How many law enforcement and people have to die because of a lack of leadership in our country?”

Hillary Clinton issued a statement, calling for unity. “We must not turn our backs on each other,” Clinton said in a statement. “We must not be indifferent to each other. We must all stand together to reject violence and strengthen our communities.”

House Minority Leader Nancy Pelosi shared the same sentiment, calling for peace and justice across the country. “We are united in our grief for the victims, our prayers for the survivors, and our steadfast belief that we must work together to disarm hate in all of its forms,” she said in a statement.

“We must continue to confront violence with peace, despair with understanding, and hatred with love,” Pelosi added. “Together, we must act to end the divisions that lead to violence in all of our communities.” 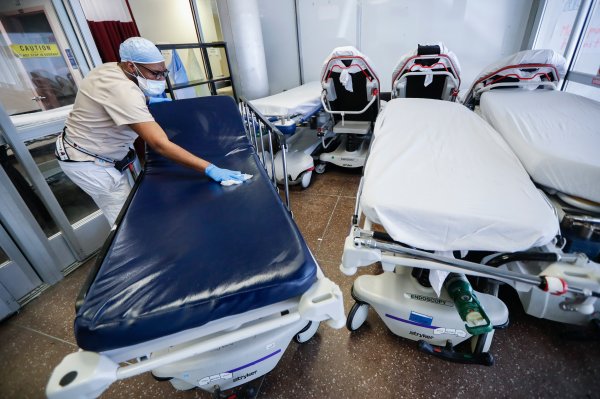