At Least 3 Police Officers Shot and Killed in Baton Rouge

At least three police officers in Baton Rouge, La. were killed and three others were wounded during a shooting Sunday, officials said.

One suspect is dead and officials believe there is no other active threat following the shooting, which took place just before 9 a.m. about a half mile from Baton Rouge police headquarters on Airline Highway, Louisiana State Police Superintendent Col. Mike Edmonson said at a news conference.

Authorities say they received a report about a man who was carrying a rifle and walking around the area, dressed in all black. Baton Rouge Police Department officers exchanged in gunfire with the suspect after spotting him a nearby convenience store.

A law enforcement official told the Associated Press that the shooter has been identified as Gavin Long. He was shot dead at the scene, officials said.

A police spokesman told the AP that officials had detained two “persons of interest” in the killings.

It’s unclear if the suspect had targeted the officers. Edmonson said the incident is still under active investigation. “We want and need your prayers,” he said. “Baton Rouge is in need of your prayers right now.”

A 41-year-old Baton Rouge police officer with a little less than a year of service with the force was killed, along with a 32-year-old officer who served for a decade, authorities said. An East Baton Rouge Sheriff’s deputy was also killed.

The family of Montrell L. Jackson identified him as one of the officers who was killed, according to the New York Times. He had previously written a long Facebook post about his experience as a cop in Baton Rouge.

A wounded 41-year-old East Baton Rouge Sheriff’s deputy is in critical condition and fighting for his life at a hospital, Sheriff Sid Gautreaux said. Also injured was a 45-year-old and a 51-year-old who suffered non-life threatening injuries. “To me, this is not so much about gun control as it is about what’s in men’s hearts,” said Gautreaux, who called for an end to the “madness.”

Louisiana Gov. John Bel Edwards condemned Sunday’s shooting in a statement. “This is an unspeakable and unjustified attack on all of us at a time when we need unity and healing,” he said. “Rest assured, every resource available to the State of Louisiana will be used to ensure the perpetrators are swiftly brought to justice.”

Authorities in Baton Rouge last week thwarted a planned attack on police officers days after the shooting of Alton Sterling, a 37-year-old black man who was killed by police in an encounter that was largely captured on video and raised widespread concerns about the officers’ actions.

Police had arrested four people who they said stole guns from a local pawn shop and planned to target officers. 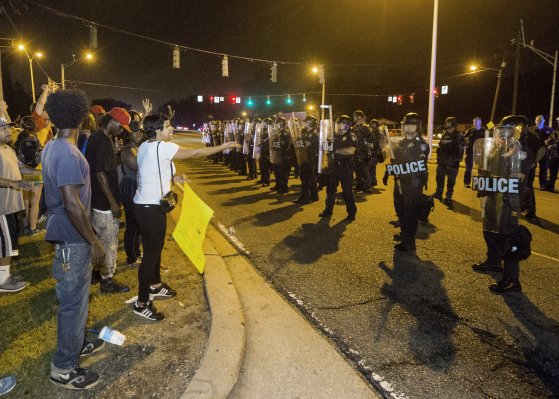