As goes the Catholic vote, so goes the nation? It sure seems that way. Catholics have voted for the winner of the popular vote in almost every presidential election since Franklin D. Roosevelt. (They just didn’t like Ike in ’52). Whether it’s the Church’s claim on the Holy Spirit or just plain dumb luck, it’s clear that winning the Catholic vote is a crucial part to becoming President of the United States.

Donald Trump doesn’t seem to get that.

In February, Trump attacked the wildly popular Pope Francis as being “disgraceful” and a “political pawn.” Perhaps that helps explain why Hillary Clinton holds a remarkable seventeen-point lead (56% to 39%) against Trump among Catholics. Among Latino Catholics, the margin balloons to fifty-one points (77% to 16%).

So could it get any worse for Trump among Catholics? Absolutely. And it did.

Trump’s selection of Indiana Governor Mike Pence is his latest step in creating what is perhaps the most anti-Catholic GOP presidential ticket in modern history. This is a remarkable turn from 2012, where Mitt Romney and Paul Ryan made a very strong play to the Catholic community throughout the campaign.

While introducing Pence as his vice president on Saturday, Trump said he and Pence were both fighters, and that together they would both fight for the religious liberty of Christians in the United States. Pence’s record suggests otherwise.

Mike Pence definitely fights hard. But for Christians? Not so much.

He fought hard against Pope Francis and the Catholic Church’s attempt to resettle Syrian refugees in Indiana. Citing security concerns after last November’s Paris attacks, Pence tried to pressure the local Catholic Charities into longer welcoming and housing refugees fleeing violence and terrorism in the Middle East. However, Joseph Tobin, Indianapolis’s archbishop, courageously defied the governor’s orders. Tobin said at the time that welcoming refugees “is an essential part of our identity as Catholic Christians, and we will continue this life-saving tradition.”

Republicans too have been troubled by Pence’s record on religious liberty. Conservative intellectual David French just accused Pence of throwing religious liberty “under the bus” during his tenure as governor.

In typical Trump fashion, he thinks this starts in the marketplace: “I’ll tell you one thing: I get elected president, we’re going to be saying ‘Merry Christmas’ [at department stores] again.” He continued, “Because if I’m there, you’re going to have plenty of power. You don’t need anybody else. You’re going to have somebody representing you very, very well. Remember that.”

With due respect, Christians do need someone else.

Donald Trump doesn’t get it. The heart of Christian “power” isn’t strength and visibility in the public sphere. The central claim of Christianity itself has always been that the rejected, crucified and executed Jesus Christ is somehow Lord of the entire earth. In Trump’s world, those like Christ are the losers. In God’s world, those are the victors.

Christian power is derived from our ability to communicate and practice God’s saving love in the invisible spheres of society. Saying “Merry Christmas” at the department store might win an empty-shell public-relations battle, but it does nothing to advance the Gospel of Jesus Christ. If Donald Trump and Mike Pence and Hillary Clinton and her running mate want to fight for Christian values, then ensure this is a nation that fights for God’s dreams of a place where the last are first, the poor are blessed, and enemies are loved.

Want to be a champion for the Christian cause? Make sure that this is a nation where mercy reigns supreme, a country where black lives matter, where LGBT lives matter, and so too do the lives of refugees, the imprisoned, the unborn and anyone else who suffers dehumanization, exclusion and injustice.

Of course, this is a great way to get a ticket into heaven. But if the last seventy years of American politics mean anything as well, it’s a great way to stamp your ticket to 1600 Pennsylvania Avenue as well—in short, a win-win. 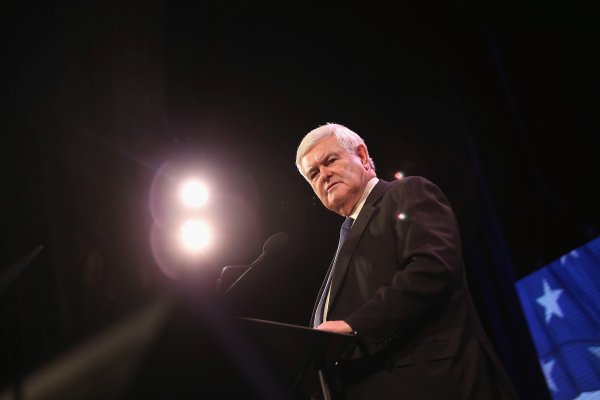 Sharia Is Nothing to Fear
Next Up: Editor's Pick